The Queen's secret funeral plans leaked for the first time ever

Prince Charles will address the nation on the day of his mother's death, with the funeral taking place 10 days later

Leaked documents have revealed more detail about Operation London Bridge - the secret plans in place for the Queen's death and funeral.

END_OF_DOCUMENT_TOKEN_TO_BE_REPLACED

The somber arrangements have been underway for years now, and there are no indications that plans have changed recently. Queen Elizabeth II is 95, has reigned since February 1952, and remains in good health.

On the day of her passing, Prince Charles will become king and will address the nation, with the Prime Minister at the time being the first government minister to issue a statement.

Details of what will happen, in plans named Operation London Bridge, have been leaked to Politico, which reports that officials will refer to the day the Queen dies as 'D Day.'

There are no plans for the day of her funeral to be a bank holiday. 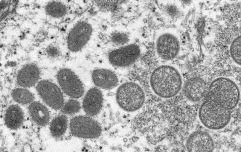 END_OF_DOCUMENT_TOKEN_TO_BE_REPLACED

Flags at government departments will fly at half-mast within 10 minutes of the announcement of Her Majesty's death, and Cabinet ministers will be informed. An email will also be sent to senior politicians and civil servants stating: "Dear colleagues, It is with sadness that I write to inform you of the death of Her Majesty The Queen."

The royal household will release a statement informing the public of the Queen's passing, sharing the news on social media as well.

The new King Charles will then address the nation at 6pm, a minute's silence will be held across the country and the Ministry of Defence will organise gun salutes.

At 10am the following day members of the Accession Council - an official body which includes senior government figures and members of the Privy Council - will proclaim Charles the new king.

END_OF_DOCUMENT_TOKEN_TO_BE_REPLACED

The PM and cabinet members - who will not be allowed to bring their partners - will meet with Charles at 3.30pm.

Two days after D Day, the Queen's coffin will be returned to Buckingham Palace, either by royal train if she is at Sandringham or possibly by aircraft if she is at Balmoral.

Tory MP demands a portrait of the Queen ‘in every home’

The next day, Charles will begin a tour of the country, and on D Day+5 Her Majesty will lie in state for three days, with the public allowed to view her coffin.

There are logistical concerns here though, with hundreds of thousands expected to descend on the capital for this and the funeral itself, which will take place ten days after D Day. There are fears of gridlock and even food shortages in the capital, as well as strains on police and health services.

The day of the funeral itself will be a day of national mourning, but employers will not be forced to give staff the day off work.

The funeral will take place at Westminster Abbey, and a two-minute silence will be held across the UK at noon.

A committal service will be held at St George's Chapel, which is at Windsor Castle, where the Queen will be buried at King George VI Memorial Chapel.