JK Rowling has claimed that every woman who has been "harassed, silenced or bullied" for 'gender critical beliefs' is "freer and safer" after a campaigner won an employment tribunal.

The Harry Potter author made the claim after Maya Forstater - a woman who lost her job after claiming people cannot change their biological sex - won three fresh claims in a second tribunal.

Ms Forstater's contract at the Centre for Global Development (CGD) was not renewed in March 2019, after the 47-year-old tweeted that biological sex could not be changed.

END_OF_DOCUMENT_TOKEN_TO_BE_REPLACED

She took her case to an employment tribunal on the grounds that CGD's decision constituted discrimination against her beliefs. While Ms Forstater's claim was initially dismissed by employment judge James Tayler, a High Court judge Justice Choudhury later ruled that the judgement had "erred in law".

The most recent tribunal heard that Ms Forstater posted "inflammatory and objectionable" tweets about transgender people and opposed Government proposals to reform the Gender Recognition Act to allow people to identify as the opposite sex.

On Wednesday, it was announced that Ms Forstater had won three claims in the fresh employment tribunal. 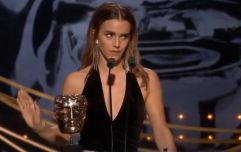 END_OF_DOCUMENT_TOKEN_TO_BE_REPLACED

Employment judge Andrew Glennie said Ms Forstater's "complaints of direct discrimination because of belief are well founded" regarding the decision to not offer her a contract or renew a fellowship following her tweets.

Every woman who’s been harassed, silenced, bullied or lost employment because of her gender critical beliefs is freer and safer today, thanks to the warrior that is @MForstater. 🎉#SexMatters #IStandWithMaya https://t.co/xYV6eNo8WY

JK Rowling, who has previously shown her support for Ms Forstater, tweeted in support of the ruling.

The author claimed that: “Every woman who’s been harassed, silenced, bullied or lost employment because of her gender critical beliefs is freer and safer today, thanks to the warrior that is @MForstater. #SexMatters #IStandWithMaya.”

Rowling has been significantly criticised for her gender critical views - even by Harry Potter stars. Stephen King even claimed that Rowling blocked him after saying trans women are women.

JK Rowling and her guests at the lunch she threw for 'women who have supported each other' (Photo: @BluskyeAllison/Twitter)

In April, Rowling hosted a lunch at The River Café in London in April for “women who have supported each other”, though she maintains that she has stood by and been "empathetic to trans people for decades". But the author's rhetoric continues to upset and infuriate people both within and outside the trans community.

In a statement published following the judgment, Ms Forstater said her case “matters for everyone who believes in the importance of truth and free speech”.

Amanda Glassman, chief executive of CGD Europe and executive vice president of the Centre for Global Development, said the company is reviewing the judgment.

"CGD’s primary aim has always been to uphold our values and maintain a workplace and an environment that is welcoming, safe, and inclusive to all, including trans people," she said, "As we consider our next steps in this case, CGD remains focused on our mission: reducing global poverty and inequality through economic research that drives better policy and practice by the world's top decision makers."

People holding banners with the text "Some people are trans, get over it" while supporting the organization Stonewall at London Pride in 2015.

A spokesperson for Stonewall, which supports lesbian, gay, bi, trans, queer, questioning and ace people, told The Telegraph that the ruling "does not change the reality of trans people’s workplace protection".

"It is long-established that philosophical beliefs are protected in law, but this does not mean that those that hold them can willfully breach the Equality Act 2010 and the protections it puts in place," they said.

The spokesperson added: "No one has the right to discriminate against, or harass, trans people simply because they disagree with their existence and participation in society. Trans people simply want to go about their lives – at school, at work – without discrimination and harassment. Their lives are worthy of respect."