Is a White Christmas on its way early?

The UK is set to be hit by five days of snow and temperatures plunging to as cold as -17C this month and at the start of December. 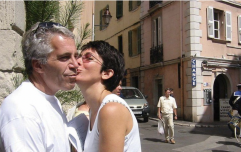 END_OF_DOCUMENT_TOKEN_TO_BE_REPLACED

While we were already warned of snow arriving next week a couple of days ago, Exacta Weather's James Madden told the Express that the coming days are just the prologue to "a number widespread snow events from the last week of November into the start of December."

The forecatser has labelled the turn of the month as the start of "a potential mini ice age winter” and the Met Office's Alex Deakin also predicts that the Himalayan jet stream is likely to influence UK weather sometime soon. The Republic of Irleand is also set to receive more than a fair amount of snow.

Deakin explained that “enhanced rainfall over the Indian ocean has the potential to impact on the jet stream" which "could force the jet stream further south bringing cold air southwards and a meeting relatively warm system across the western Pacific.”

He also added that meteorologists and weather experts are "pretty sure will happen next week", so best get your raincoats and ice scrapersat the ready.

END_OF_DOCUMENT_TOKEN_TO_BE_REPLACED

It is estimated that there could be up to a centimetre of snow in areas like Scotland and Newcastle from the early hours of next Wednesday, according to WXCharts, and two centimetres could fall as far as Manchester throughout the day.

From there, the snowfall is only set increase, with as much as five centimetres in the Highlands and northern England the following day, while the Midlands is set for a mixture of sleet and snow right till Sunday.

popular
Amber Heard is now being investigated for perjury
Supermarket cracks down on people breaking off broccoli stems to save money at the till
Bette Midler wants the US to ban Viagra because it’s ‘God’s will’ to have a ‘limp d**k’
Radio station plays 'Killing in the Name' non-stop from 6am after multiple staff get fired
Lewis Hamilton could be banned from British Grand Prix
British teen says she was raped in Majorca hotel by 'famous actor and musician'
Wilfred Johnson's godmother given government salary via closed recruitment process
You may also like
Entertainment
The JOE Entertainment Quiz Of The Year
Entertainment
Mrs Brown's Boys: In defence of one of the most divisive shows on TV
Sport
12 sports documentaries you need to watch this Christmas
Sport
The best and worst Premier League managers to spend Christmas day with
Entertainment
Christmas TV: The ultimate guide to the best movies and shows this festive season
Next Page