Get your shovels because snow is coming, baby!

Just like Game of Thrones, winter is coming in weeks, and temperatures could plunge to around -11C as snow hits UK soil. 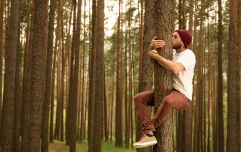 END_OF_DOCUMENT_TOKEN_TO_BE_REPLACED

Though November has been very 'meh' until now, with small bouts of sunshine breaking up the dreary grey, you might need a snowplough by the end of next week.

By the end of next week, freezing arctic winds will wrap their icy arms around the UK, with the coldest conditions obviously in the far north of Scotland.

It is believed that the temperature could drop as low as -7C to -11C during the week beginning November 23.

For those of you living in Scotland, you could see snowfall from Sunday, while the rest of the country should see white as the week draws on.

According to weather agencies, regions as far south as Brighton could see sub-zero temperatures by November 27,

Oliver Claydon, Met Office, told the Express: "Long-lead models are showing there is a chance for things to turn a bit colder in the middle of next "eek.

"Uncertainty is hinged around an area of high pressures it's further to the west then it could pull a chance of snow from the North." 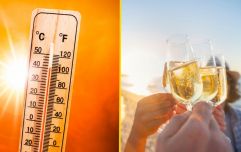 END_OF_DOCUMENT_TOKEN_TO_BE_REPLACED

Similarly, James Madden from Exact Weather also told the Express: "The cold is likely to win out before the end of November bringing an early taste of winter and the risk of snow.

"Waning solar activity means chances are high for a 'little ice age' winter this year with notable periods of cold and snow.

"We have high confidence for the most cold and wintry conditions since December 2010 developing towards the end of the year."

popular
Bride asks for divorce day after wedding following groom's disrespectful cake stunt
Andy Murray "incredibly irritated" by Cristiano Ronaldo 'SIU' celebration at Australian Open
Impotent man's partner accidentally sprays insulation foam inside penis during sex
Referee who made AC Milan mistake was 'in tears' and 'state of shock' after the game
Taliban announces national suicide bomber battalion
Piers Morgan sums up why 'Partygate' is so damaging in two minutes
Mystery thumb uncovered in original uncropped version of Prince Andrew pic
You may also like
Entertainment
The JOE Entertainment Quiz Of The Year
News
Ghislaine Maxwell's Christmas dinner menu in jail revealed
Entertainment
Mrs Brown's Boys: In defence of one of the most divisive shows on TV
Sport
12 sports documentaries you need to watch this Christmas
Sport
The best and worst Premier League managers to spend Christmas day with
Next Page