A fisherman from Boscombe had a close encounter with an unknown 'sea creature' while he was fishing. The mysterious creature stole his fishing rod before nearly capsizing his kayak. 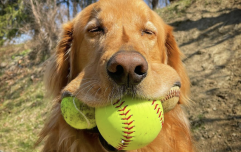 END_OF_DOCUMENT_TOKEN_TO_BE_REPLACED

While a nearby beach was evacuated due to a supposed shark sighting, Darron Tapper, 54, was fishing nearby from his kayak. However, on his way back to shore, something took his equipment and nearly capsized his kayak, which in the understatement of the year he describes as a “lucky escape.”

Mr Tapper told the Daily Echo: “I was pulling a lure back into shore and something grabbed that, I almost turned over in my kayak. “I spun around and saw a big shadow. When I got back on the beach, the jet ski was being launched and the lifeguards were telling everybody to get out of the water.”

He continued: “I know what fish are, it was something big.

“As a fisherman I’ve never heard of a shark in these waters so that was the last thing on my mind.”

“If you saw how it took my rod and reel I didn’t stand a chance (if the kayak had gone over). God knows what would have happened, I looked like a seal in my wetsuit.”

“It is very possible (it was a shark) I’m speculating that, I don’t know what else would have the power.”

“In 13 years I have never ever experienced that, it is a bit of a thrill to think I escaped the clutches," he concludes. Most people probably wouldn't refer to falling into the ocean with an unknown entity as a "Bit of a thrill", but each to their own.

Mr Tapper had a close encounter with the mysterious creature, though some would argue that what he experienced was almost a shark attack- or negative encounter if you're Australian.

popular
How did Brian Laundrie’s parents find his remains in a few hours?
‘Flesh-Eating’ STD spreading across the UK causing 'beefy red' sores
The JOE Friday Pub Quiz: Week 266
Crystal Palace fans unveil banner protesting Saudi ownership of Newcastle
Where England's highest earners sit in relation to rugby's top-paid players
A definitive ranking of every swear word from worst to best
Vin Diesel walked Paul Walker's daughter down the aisle
You may also like
News
Post-mortem of Geronimo the alpaca shows no evidence he had TB
Life
Giant rats 'the size of cats' invading British homes through our toilets, expert warns
News
A carcass-eating fly has been named after RuPaul
Life
Weather reporter’s dog walks on screen during live broadcast
News
Teenagers take crab on train to return it to the sea and 'live its best life'
Next Page