On Wednesday the government released the legal advice it received regarding Brexit.

The papers were made public after a defeat on Tuesday in which MPs found Theresa May's government to be in contempt of parliament over their refusal to release attorney general Geoffrey Cox's advice on Brexit. MPs voted by 311 to 293 in what was a historic ruling.

Now, following the release of the papers, there has been much venting of frustration for refusing to release such vital information about the backstop agreement.

MP Caroline Lucas revealed on her twitter feed how the attorney general advised the PM that the backstop would "endure indefinitely". He also concluded that "In the absence of a right of termination, there is a legal risk that the United Kingdom might become subject to protracted and repeating rounds of negotiations."

And the *really* weird thing is that the date on the Attorney General's advice suggests that the Cabinet did not get any formal legal advice from him before 13 November - the day MPs first asked for it to be published ... 🤔 4/4 #Brexit #Art50 pic.twitter.com/88ZY8Dju31

The attorney general went further to warn that despite their best efforts and statements in the protocol that it was not to be permanent. In addition, despite the clear intention of the parties that it should be replaced, he said: "In international law the protocol would endure indefinitely until a superseding agreement took its place."

Shadow Brexit secretary Keir Starmer said it was "unthinkable the Government tried to keep this from Parliament." He said in a tweet that the move proved the inherent weaknesses in the government's deal.

All week we have heard from Government ministers that releasing this information. could harm the national interest. Nothing of the sort. All this advice reveals is the central weaknesses in the Government’s deal. 2/3 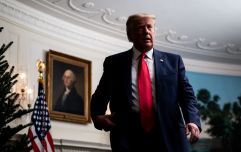 END_OF_DOCUMENT_TOKEN_TO_BE_REPLACED

Meanwhile, the DUP said it cannot possibly support the deal in its current format.

In a statement, DUP deputy leader, Nigel Dodds said the publication demonstrated how: "The Prime Minister failed to abide by the commitments she gave to the United Kingdom as a whole."

He went on to call the backstop "totally unacceptable to Unionists throughout the United Kingdom", stating that it must be defeated.

The release of the report is set to increase the pressure on Cox, who revealed to close sources this week that he was on the verge of resignation.

I've been told Geoffrey Cox has been on the edge of resigning in recent days, sees it as a 'matter of honour' the way his reputation was trashed by being found in contempt of Parl. This bit of today's full legal advice won't help. pic.twitter.com/l1VFQPoBBj

You can find the full advice below.

The Attorney General’s full legal advice on the #Brexit deal has been published and can be found here: https://t.co/67ADibl8Qx

You may also like
Politics
There is currently no evidence to show an increase in suicides during lockdown
Politics
Coronavirus tiers: Is London a 'special case'?
News
Trump administration finally gives go-ahead for transition of power to Joe Biden
News
Boris Johnson: MPs do not deserve pay rise
Entertainment
The Obamas are producing a Netflix comedy about the Trump administration
Next Page