Archie passed away on Saturday afternoon

The family of Archie Battersbee have labelled his death "barbaric" as tributes pour in for him.

END_OF_DOCUMENT_TOKEN_TO_BE_REPLACED

The 12-year-old's life support was turned off on Saturday and he passed away at 12:15pm.

His family have been spending their final hours with him after being told his life support would be withdrawn on Saturday morning.

His mother Hollie Dance told reporters outside the Royal London Hospital in Whitechapel that he had "fought right until the very end and I am so proud to be his mum."

Archie's sister-in-law Ella Carter then described his death as "barbaric", and said there "is nothing dignified about watching a family member suffocate."

BREAKING. “Archie Battersbee has died at 12.15”, his mother Hollie Dance tells us reporters outside the hospital”. RIP Archie pic.twitter.com/HUPAPq8zDV 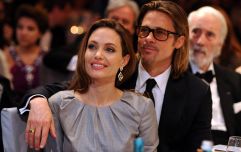 Archie had been in a coma since April. Dance believes her son may have been taking part in the dangerous “blackout” social media craze, where people choke themselves until they pass out.

END_OF_DOCUMENT_TOKEN_TO_BE_REPLACED

He suffered "catastrophic" brain injuries and doctors concluded that it was "highly likely" he was brain-stem dead.

Many have paid tribute to the boy following the news of his passing.

Piers Morgan described the news as "incredibly sad", adding that his "heart breaks for Hollie and her family."

😢Such an incredibly sad story. My heart breaks for Hollie & her family. RIP Archie. https://t.co/8vAaaR6ZVs

Rachel Clarke, a palliative care doctor for the NHS, tweeted: "My thoughts are with Archie's family and with all the health care professionals who have cared for Archie through this unimaginably difficult time."

And Tory MP Liam Fox wrote: "Our hearts go out to the family of Archie Battersbee on this tragic day. Also to the medical and legal staff who have had to take such difficult decisions. Our thoughts and prayers are with them all."

Our hearts go out to the family of Archie Battersbee on this tragic day. Also to the medical and legal staff who have had to take such difficult decisions. Our thoughts and prayers are with them all.

By Saturday morning some had left candles and messages outside the hospital where Archie was staying.

Someone left candles, messages and a teddy for Archie Battersbee outside the hospital, on the pedestal of Queen Alexandria statue. pic.twitter.com/GeXg69K5Aj

Archie's life support had its withdrawal date and time postponed at various times in August.

It had been due to be withdrawn on Wednesday but was delayed for the European Court of Human Rights (ECHR) to consider his family's appeal against the High Court decision. The ECHR said it "would not interfere" with the UK courts' rulings.

The family then requested that Archie be moved to hospice care so that he could die with "dignity."

But doctors warned there was a "considerable risk" in moving him.

After the High Court rejected their request for Archie to be moved, the family went to the Court of Appeal. But they lost their appeal to have him transferred, and it was confirmed that his life support would be withdrawn on Saturday morning.