The Gabby Petito case continues and after police released unsettling bodycam footage a day after she was reported missing by family, her fiancé Brian Laundre is now also apparently missing.

Police were called to the Laundrie's family home, also hoping to ask him for any further information he may have regarding her whereabouts, but upon arrival found he was not there.

Police in Florida said late Friday that they are working with the FBI to locate 23-year-old Brian Laundrie. His family told authorities they haven't seen him since Tuesday. Laundrie is a person of interest in the disappearance of 22-year-old Gabby Petito. https://t.co/sVvmgvqVAW

As per CNN, The Laundrie's told authorities they haven't seen Laundrie since Tuesday; North Port PD's spokesperson, Josh Taylor, said: "We've been trying all week to talk to his family, to talk to Brian, and now they've called us here on Friday, we've gone to the home, and they're saying now they have not seen their son".

People have also now gathered outside the house in Florida as local residents and other passersby chant "where's Gabby?".

JUST IN: Police are speaking with the family of Brian Laundrie as a large crowd outside the residence chants "where's Gabby?" in North Port, Florida. https://t.co/RTFipuR0CR pic.twitter.com/AFJjnVHIqj 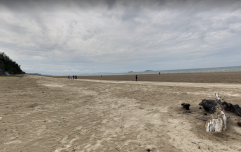 END_OF_DOCUMENT_TOKEN_TO_BE_REPLACED

The 23-year-old's disappearance was confirmed by the family lawyer, who also informed news outlets that "The FBI is currently at the Laundrie residence removing property to assist in locating Brian. As of now, the FBI is now looking for both Gabby and Brian."

Petito's family also put a rather powerful statement through their lawyer also: in just one line, they have summed up how they feel about the investigation at present.

Petito, 22, has now been missing for almost a week. She and Laundrie went on a trip to Wyoming's Grand Teton National Park in their shared white Ford Transit van. As an influencer, plenty of the journey was well-documented; however, little is known about what happened after the bodycam footage mentioned above.