Three-quarters of domestic abuse cases are closed early without the suspect being charged, a report has found

Combating violence against women and girls should be given the same priority as fighting terrorism, a police watchdog has said after identifying major inconsistencies between police forces in how they tackle the crime.

END_OF_DOCUMENT_TOKEN_TO_BE_REPLACED

Three-quarters of domestic abuse cases are closed early without the suspect being charged, a report by Her Majesty's Inspectorate of Constabulary and Fire & Rescue Services (HMICFRS) has found.

The report was commissioned by Home Secretary Priti Patel after the murder of Sarah Everard earlier this year. The 33-year-old was snatched by Met Police officer Wayne Couzens as she walked home from a friend's house in Clapham, south London, on 3 March, and was then raped and strangled. Couzens, a firearms officer, has since pleaded guilty to murder. 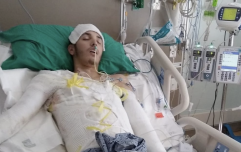 END_OF_DOCUMENT_TOKEN_TO_BE_REPLACED

While the HMICFRS said that police have made "vast improvements" over a decade in dealing with this "epidemic" of violence - there were still staggering variations between police forces.

One example, the report noted, was the use of a police power known as Clare's Law, which allows officers to tell women that a partner has a history of abuse. It was used so differently by forces, HMICFRS said, it amounted to postcode lottery. And police neither worked closely enough with colleagues from other agencies or were allocating the necessary resources to deal with threats of violence, the report said.

END_OF_DOCUMENT_TOKEN_TO_BE_REPLACED

That response sharply contrasted to how police dealt with terrorism and, more recently, county lines drugs gangs, the BBC reported. These major crimes were treated as national priorities, benefiting from a "clearer focus, better funding and relentless pursuit" of offenders, the report said.

Responding to the report, Environment Secretary George Eustice told Sky News: "What we really need to do is learn from those police forces that are addressing this well - and I think the report highlights that some of them are doing far better than others - and actually try and replicate those approaches that work in parts of the country."

While saying police had vastly improved over the last seven years,  Zoe Billingham, HM Inspector of Constabulary, told BBC Radio 4's Today programme that the UK would not be able to "police our way out of the breadth and depth of crimes being inflicted on women, day in, day out".

She said there needed to be an "uplift in the prioritisation" of violence against women and girls, with a "bold and radical whole system approach" that involved councils, courts, teachers and the NHS - among others.

Labour's Harriet Harman, chairwoman of Parliament's Joint Committee on Human Rights, urged the government to implement the report's recommendations and ensure it doesn't just "gather dust on the shelf".

She told BBC Radio 4's Today programme: "We need the government to implement this report, to actually put in place the structures that this report proposes, and give it the prioritisation and we also need them to ensure that the resources are there."

Labour's Harriet Harman calls on the government to appoint a minister responsible for liaising with women in Afghanistanhttps://t.co/nXrX0wevjR pic.twitter.com/GTS5VFegmJ

Refuge, a charity providing support for women and children experiencing domestic violence, said for too long there had been a failure to implement recommendations that would improve how violence against women and girls is tackled.

Ruth Davison, Refuge's chief executive, told the BBC: "This must change. The report rightly calls for 'radical action' and we hope that the home secretary, who has commissioned this report, will look at the recommendations carefully and respond accordingly."

“Refuge welcome this report and now call for action to implement it, we want these words to turn into real action” @RuthKDavison

Assistant Commissioner Louisa Rolfe, the National Police Chiefs' Council leader on violence, issued a lengthy statement on Friday, stating there was "no lack of commitment" to deliver the key changes the report had suggested.

The BBC quoted Home Secretary Priti Patel as saying that tackling violence against women and girls was a top priority for the government.

"Our VAWG Strategy, which commits to radically changing how we end abuse using a whole system approach, focuses on working with key agencies including police, healthcare and education.

"We have already taken essential action including introducing a national police lead for tackling VAWG and making Relationship Education compulsory in all primary schools."

Read the full report by Her Majesty's Inspectorate of Constabulary and Fire & Rescue Services here.