Kylen Schulte and Crystal Turner were last seen at a bar a day after Petito was spoken to by police. The couple's bodies were found five days later

The proximity and timing surrounding the unsolved murders of a newlywed couple and the disappearance of YouTuber Gabby Petito have led to speculation that the two cases might be connected. 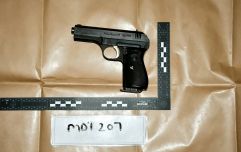 END_OF_DOCUMENT_TOKEN_TO_BE_REPLACED

Interest in Petito's disappearance intensified on Wednesday after Moab police revealed they were called to a violent argument between the 22-year-old and her boyfriend, Brian Laundrie, in the Utah city on August 12 - almost a month before a search got underway for the influencer. They also released hour-long footage of their discussion with the couple after they pulled over outside Arches National Park.

Petito was reported missing on Saturday, having last been seen travelling in the Yellowstone area of Wyoming. However, the last text to her mother suggests she was 800 miles away in Yosemite.

North Port Police have said Laundrie is a "person of interest in this case".

Kylen Schulte, 24, and Crystal Turner, 38, were last seen at a bar in Moab on August 13 - a day after police spoke to Petito. Their bodies were found five days later at their campsite in the South Mesa area of the La Sal Loop Road in Grand Canyon.

There is no evidence to connect the two incidents, but the timing and proximity to each other have heightened fears about the welfare of Petito. 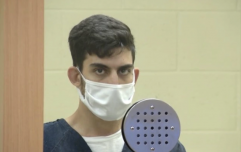 END_OF_DOCUMENT_TOKEN_TO_BE_REPLACED

A spokesman from the Grand County Sheriff’s Office told Fox News that investigators were looking at any suspicious activity around the time of the double homicide.

“We’re looking at everything, I mean, anything and everything that was suspicious around that time or we’re not ruling anything out at this time,” he said, adding: “So we’re just investigating the information as it comes in.”

Officers who attended to the roadside incident involving Petito said she had tried to hit her boyfriend, fearing he might drive off without her. This led to Laundrie trying to restrain her in an incident police did not deem serious enough to merit charges.

Police sent Laundrie to a hotel for the night while Petito stayed in the van. Laundrie is then said to have driven home to Florida, without Petito, on September 1 - 10 days before Petito's mother reported her missing. Laundrie, according to Fox News, has hired a lawyer and is refusing to answer police questions.

Richard Stafford, a spokesman for Petito’s family, released a statement Wednesday calling on Laundrie to cooperate with police, calling his silence "reprehensible". 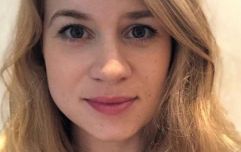 END_OF_DOCUMENT_TOKEN_TO_BE_REPLACED

Schulte and Turner worked in Moab had only recently married. They were last seen leaving local bar Woody’s Tavern around 8.30pm. Earlier this month, KUTV reported that the Grand County Sheriff’s Office believe someone killed the women and fled the area. They are yet to identify a suspect in the case.

Petito and Laundrie had been mostly staying in campgrounds as they embarked on a cross-country ‘van-life’ trip which they were documenting on Instagram and YouTube.

The FBI is working with local law enforcement in both cases.