Do you agree with the choices?

Through a recent study, the UK has revealed its all-time favourite crisp flavours and suffice it to say; it may have revealed the real cultural divide plaguing Brit's. 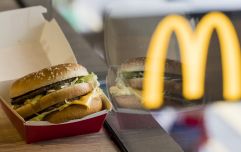 END_OF_DOCUMENT_TOKEN_TO_BE_REPLACED

To help me make sense of these startling figures, I asked the gatekeepers of culture and the reverends of the creative church, the JOE team.

Here's what they found:

The most searched for flavour in the UK with 33,100 searches is salt and vinegar, which, let's be honest, is a travesty. With countless flavours lining supermarkets, what heretic goes for salt and vinegar?

The number of searches drops immensely from the top spot, with a second-place only getting 3,600. Arguably one of the more controversial choices, prawn cocktail comes in at the second spot.

A post shared by House of Sweets Sweets (@house_of_sweets_com) 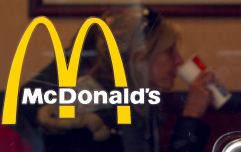 END_OF_DOCUMENT_TOKEN_TO_BE_REPLACED

"Prawn cocktail gives you that sweet and salty fix all in one; it's the perfectly seasoned snack," says our social media guru Holly.

"If you don't like prawn cocktail, clearly you have no taste."

Cheese and onion come in third with 2,400 searches, which the government should legislatively ban from enclosed places.

"Cheese and Onion are the GOAT," says trending writer Charlie, a statement I am sure many would have a problem with. 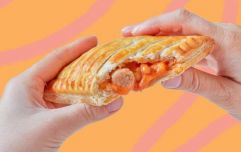 END_OF_DOCUMENT_TOKEN_TO_BE_REPLACED

For any American's reading this, you should know that Brits have to like ready salted crisps by law. Salted crisps come in fourth with 1,900 searches.

Next comes Worcester Sauce with 1,600 searches, which should be considered the WW2 ration equivalent of crisps because you eat it if there are no other options.

Tied for the sixth spot are Marmite and Smoky bacon, which did not sit well with trending writer Danny who just replied "f**k Marmite" when prompted.

Now we are down to the least searched for crisp flavours, the kind of flavours that force kids to run in fear and Karen's to ask to speak with Tesco managers.

Charlie, who apparently has a lot of crisp-based opinions, said, "Monster Munch are dogsh*t" when asked about pickled onion crisps which received 900 searches.

Coming in with 480 searches is tomato ketchup, which our social creative Abby did not hold back on.

She said: "wtf is wrong with people who have ketchup as a favourite crisp flavour, they definitely would put ketchup on a roast dinner."

Do you agree with these choices?

popular
Moment thug kidnaps teenage ex in horrifying ordeal that left her unable to walk or talk
Coronation Street star left homeless after sharing anti-vax views
Cristiano Ronaldo complained to Transfermarkt about valuation before blocking them
Boris Johnson outdoes himself with the most ridiculous denial he's ever made
Why dogs are getting sick and symptoms owners should look out for
Liz Truss spent £500,000 of taxpayers' money on a private flight to Australia
Martin Lewis issues urgent advice for households ahead of energy price hike
You may also like
News
Jamie Oliver 'employs cultural appropriation specialists' to avoid future recipe controversies
Life
Vegans outraged over 'ignorant' sign put up by 'psycho' butchers
News
Morrisons scraps 'use by' dates as it tells buyers to use 'sniff test'
Entertainment
Alison Hammond's reaction to trying vegan nuggets has Dermot O'Leary in stitches
Entertainment
Pointless star Richard Osman discusses life-long battle with food addiction
Next Page