Ah, the Bank Holiday Weekend. A time for you to relax, let your hair down, and, if you're a drinker, perhaps overindulge in booze.

So, you're probably in bad shape today. But, what actually happens to your body when you're somewhat...fragile?

What a hangover actually IS:

When you drink alcohol, enzymes in your liver break the booze down into acetaldehyde, which then turns into acetate.

Acetate is relatively harmless, but it's the acetaldehyde that does the damage, according to The Washington Post. Your liver just doesn't have the supplies of enyzmes to break it all down quickly enough. If you drink too much too fast, your poor liver can't keep up with the demand for enzymes so the acetaldehyde just sits in your body making you feel like death.


Alcohol is also a depressant, which causes something called glutamine rebound. Glutamine is a natural stimulant that you produce much less of when you're drinking. That means your body goes crazy making too much glutamine, so you go to bed overstimulated and feel groggy when you wake up.

This is because the lining of your stomach is irritated, which is actually your body defending itself but it means the toilet will be your best friend for the next few hours.

Why do I feel so sad when I'm hungover?

You wake up, feeling like the world is against you, and start crying because the Chinese isn't open yet. You open the Facebook folder of you and your ex. For some unknown reason.

Well, alcohol actually works like a downer, (e.g. Diazepam), so you feel happy while you're drunk, but it ultimately brings you down into a pit of sadness, not helped by the massive drop in blood sugar either.

Why do I feel worse when I drink certain drinks? 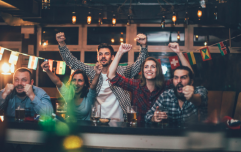 How to defend a hangover during the World Cup

END_OF_DOCUMENT_TOKEN_TO_BE_REPLACED

According to HowStuffWorks, different alcohols result in different symptoms.

This is because some drinks have a higher amount of congeners, which are byproducts of alcohol fermentation.

The greatest amount of congeners are in red wine, bourbon, whiskey and brandy.

Does Hair of the dog work? 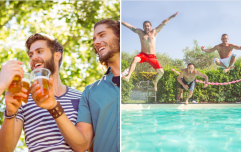 Stag dos are good for your health, science says

END_OF_DOCUMENT_TOKEN_TO_BE_REPLACED

"Drinking more alcohol can make the symptoms seem to lessen at first but will only make the situation worse once the liver breaks the alcohol down, because it will have even more toxins to deal with."

Step away from that pint and drink some water, you dummy.

According to Cosmopolitan, if you can stomach food, eggs are a good shout. "They're a source of cysteine, which helps break down a headache-causing toxin that's produced when your body digests alcohol. "

Also the usual, drink water BEFORE YOU GO TO BED. Make sure to bring some upstairs with you.

The day after, try water, or if it's desperate, a sports drink to replenish your electrolytes.

Junk food will only make you feel better as you eat it, afterwards, your body will feel like a bin. Especially Indian or Chinese, the spices will distress your already ravaged digestive system.

So take it easy today.