While many people probably assume that those of us who get buried ultimately become one with the dirt, the first man to be legally composted into soil in Colorado was laid to rest earlier this month.

END_OF_DOCUMENT_TOKEN_TO_BE_REPLACED

The Natural Funeral, a Colorado-based funeral services provider, is at the cutting edge of eco-friendly burials. Known as 'natural reduction', the process entails human remains being allowed to compost over a fairly long period of time.

On March 20, dozens of people spread the soil - that was once a man - at the newly unveiled Colorado Burial Preserve, 40 miles from Colorado Springs. Before the spreading ceremony, the non-embalmed remains were laid to rest in hand-dug graves. 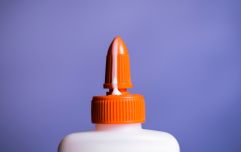 END_OF_DOCUMENT_TOKEN_TO_BE_REPLACED

Well, six months ago the remains of the unnamed individual were placed in an air-filtered space, alongside wood chips, alfalfa plant, straw, and what the funeral home said are "a lot of microbial beings." The microbes then convert the remains to soil, as they would naturally.

The law was passed by Governor Jared Polis in July 2021, according to NBC News affiliate KUSA. However, the law "prohibits the soil of multiple people to be combined without their permission, for the soil to be used to grow food for human consumption or for it to be sold."

Washington was the first US state to legalise the method back in 2019 when Senator Jamie Pedersen said: “That’s a serious weight on the earth and the environment as your final farewell."

In the UK, there have been no known compost burials, with the closest method being "Green burials" where you are buried in biodegradable caskets.

END_OF_DOCUMENT_TOKEN_TO_BE_REPLACED

The Natural Funeral claims its process has “no appreciable carbon emissions or release of toxic fumes in contrast to flame cremation” and does not “take up any real estate as a conventional burial might.”

Now, the business has taken 15 more sets of remains for 'natural reduction' and has expanded its capacity to 48 decomposition vessels. "We are anticipating a lot of growth," Seth Viddal, the managing partner at The Natural Funeral, told NBC.

popular
Tearful Aaron Ramsey consoled by Rangers teammates after penalty miss
Rangers and Frankfurt fans violently clash in Seville ahead of Europa League final
Lip readers analyse what Johnny Depp’s lawyer told him as they celebrated in court
Detective spots key clues in Johnny Depp and Amber Heard's body language during trial
Musa Yamak dead at 38: Unbeaten boxer suffers heart attack in ring and collapses
Jamie Carragher labels Boris Johnson a 'charlatan' after Rangers Europa League video
Boris Johnson ended WFH because it was destroying newspaper sales, Dominic Cummings claims
You may also like
Entertainment
Tom Parker’s wife reveals star’s funeral location and asks fans to line the streets for ‘last goodbye’
Life
1.5 million men would wear a suit to bury their pet- would you?
News
'Hero' Ukrainian soldier who blew himself up on bridge honoured with funeral in hometown
News
Arthur Labinjo-Hughes' dad to release body to family for funeral
Social Media
Human ashes can now be turned into a bath bomb that dissolves in minutes
Next Page