Very few people realise how important diet and nutrition are to getting the physique that they want.

It's not just what you eat, though - but how much you eat that determines what kind of shape you're in.

Overeating (especially the wrong kinds of food) will make you gain weight, but undereating can be just as bad.

If you're looking to put size on then you're going to have to eat a considerable amount of extra calories in your diet - and many people don't even come close.

Jordan Mounsey was one of those people. The superfit 22-year-old Yorkshire lad has competed for GB biathlon as well as playing rugby league - but he always struggled putting muscle on.

That was until he signed up to the Titan Force project along with eight other guys to transform their physiques and raise money for the Teenage Cancer Trust.

With his intense calorie-burning running and swimming training every week it was going to be difficult to put muscle mass on. But the Titan Force guys looked at his diet and found he was about 1500 calories below where he should probably be eating for a guy his size and activity level.


But with a beefed up diet plan with 5,000 calories and a strict weights programme he managed to gain half a stone of muscle - adding 5cm to his neck and 7cm of extra size and thickness to his chest.

END_OF_DOCUMENT_TOKEN_TO_BE_REPLACED

Jordan, who just graduated from Hull University with a degree in sports rehabilitation, explained that he started Titan Force as a new challenge and direction in his training.

''My reason for wanting to change my physique and fitness was partially down to the fact I've always lacked a lot of self confidence, especially when put in front of people I may not know too well.

''Doing this and working closely as a group gave me a new angle to work on that and to make me feel a bit better about myself and be able to put myself in the spotlight a bit more.''

Jordan, who is now currently head rehaber at Beverley ARLFC and acting therapist for Hull FC, had a strong athletic background so had a solid knowledge of how to get fit.

But his background in biathlon meant his training was largely based around swimming and running and he says he lacked a deep knowledge of gym work and how to implement an effective weights programme over a period of time.

It was the first time he had done a structured weights programme but he said it was 'tough'.


He was training between four and fives times a week mainly focused on full body workouts with supersets and power exercises.

This was mixed up with raw strength work on compound movements like the deadlift and squat along with bench press, overhead press and barbell work like rows. 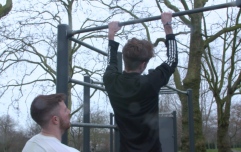 END_OF_DOCUMENT_TOKEN_TO_BE_REPLACED

''It was intense and very tough. If you wanted to make it hard and push yourself this training was incredible and so rewarding.

''There was a good balance of super-setting and then others where it was pure strength/ power where you could really max out doing about 5 reps each time.

''There was the encouragement to always jump up weights to push yourself and make it even better.

''My training has developed largely over the six months, after the great insight and guidance from the project i'm able to go in the gym and implement a better and more structured programme to suit what my aims are. Also seeing new exercises and variations and always being given help throughout has helped me adapt to make my workouts much more effective.''

While his training was excellent - seeing him do one or two sessions a day before he started university - he admits his diet was not quite as regimented.


''Diet wise however I have never had any structure and never had any diet plans to work to, even around my sport, so for this area I had always been a bit amateur with that area of my sport and training.

''One problem I had always had is putting on weight, no matter how much food I consumed. I believe this is simply down to the sheer amount of training and endurance work I did within my training to fit with my competitions.'' 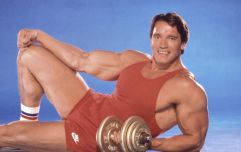 END_OF_DOCUMENT_TOKEN_TO_BE_REPLACED

He learned some invaluable knowledge about how to eat 'properly' - timing his meals and using his diet to add weight and lean muscle mass in conjunction with his gym work.

Because of the sheer amount of calories he was burning he upped his daily calorie levels to 5,000 and was eating five or six meals per day when he was bulking up.

But this was tapered down towards the end of the plan as he looked to cut more body fat.

''I was given guidance on which foods to eat and which were best to put into the diet and others I should remove, which pretty much straight away started to have the desired effect.


''Having gained the knowledge I have in terms of diet it's helped me channel what I eat and when. It's also helped me try new foods and new meals which I now use a lot.

''It was hard to eat so much at times but knowing what works for me and what I need is definitely something I can use moving forward.''

One of the main things Jordan says he's learned about his own body and training on the project is how to put mass on effectively.

''I have now seen I can put on weight, but good weight - putting muscle on and good size through a combination of diet and training.

''Even though going forward I may not be so ruthless on myself on how strict I am eating, I will have a much greater awareness and really try to keep as close to a great daily diet as possible.''

You may also like
Fitness & Health
Movember partners with The Gym to promote testicular checks
Fitness & Health
Meet the German strongman who lives completely plant-based
Fitness & Health
These are the best bicep and tricep exercises, according to science
Life
Exclusive interview with the rat that was too fat to fit through a sewer cover
Fitness & Health
How long does it take to start seeing results from the gym?
Next Page