He could be the strongest septuagenarian on the planet

A 71-year-old man has wowed fitness fanatics all over the globe by setting four new world records in powerlifting. 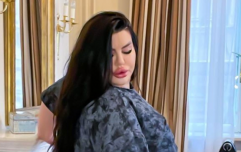 END_OF_DOCUMENT_TOKEN_TO_BE_REPLACED

Rudy Kadlub is the CEO and Co-Founder of Kabuki Strength in Portland, Oregon. He's also a competitive powerlifter, who only took up the sport at the age of 55.

He's probably the strongest septuagenarian (70-79 year old) on the planet. He also competes in a drug-tested federation, thus making his achievements all the more impressive.

Just this week, Kadlub defied the odds by setting FOUR new world records in powerlifting - not long after his 71st birthday.

Kadlub holds records in three different weight classes, and weighed in 10 kilograms lighter than the maximum permitted by his current 110 kilogram class. 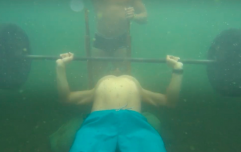 END_OF_DOCUMENT_TOKEN_TO_BE_REPLACED

He turned 71 in April and marked the occasion by deadlifting 500 pounds (around 227 kilograms) on his front porch.

While most septuagenarians would settle for their pipe and slippers by that point, Kadlub turned his attention towards the powerlifting stage.

In related news, the world record plank holder has shared his advice on developing your abs.

George Hood - a 62-year-old retired US Marine - set a new Guinness World Record by holding an abdominal plank for over eight hours.

They say abs are made in the kitchen, and while that is true, you've still got to train them. Hood held his world record plank for a staggering eight hours, 15 minutes and 15 seconds back in February 2020.

According to Hood, avoid making the common mistake of having your shoulders placed too far forwards when performing the plank. Your shoulders should be parallel to your elbows.