Filming for season 2 of Clarkson's Farm is underway

Jeremy Clarkson almost had diddly squat left between his legs after a brutal cow attack.

END_OF_DOCUMENT_TOKEN_TO_BE_REPLACED

Fans of Clarkson's Farm will be used to the petrol head's calamitous farm life after season one saw him backing trackers into storage units and trying to help sheep give birth in the middle of the night without a clue what he was doing.

And it seems filming for season 2 hasn't exactly gone to plan so far, as the 61-year-old has admitted a cow has smashed up his balls.

"Having failed to connect with her hoofs, she put her head between my legs and then raised it smartly," he told The Daily Star. 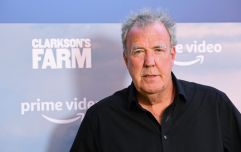 END_OF_DOCUMENT_TOKEN_TO_BE_REPLACED

"I think this was the lowest point in my farming career to date. Being attacked by a cow while on my knees, in the mud, in a storm, with smashed testicles."

Clarkson added that one of the herd has "an interest in killing me".

"They are like Bruce Lee, only more deadly," he added. 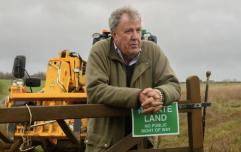 END_OF_DOCUMENT_TOKEN_TO_BE_REPLACED

We can only hope young farm-hand Kaleb, who Clarkson calls "foetus", was around to, erm, help him dismount.

Since season one aired last year viewers have mostly praised the show, which shows a very different side to the man more comfortable with Ferraris than forklift trucks.

It follows Clarkson working day-to-day on his Oxfordshire farm after his previous full-time employee left.

Part of the first season of the show followed the opening of Diddly Squat, a farm shop on Clarkson's land which sells produce from the farm.

However, local residents have been critical of huge queues formed by tourists making visits.

Queues go on for hours, and one local resident told the Oxford Mail roads nearby are "complete chaos".

Clarkson was having none of it. He wrote on Twitter: "There are three roads from Chadlington to the A361. She could have used one of the other two instead of moaning."