The childhood game has been given several names, but only one is correct

Cast your mind back to being seven, eight, maybe even nine years old. 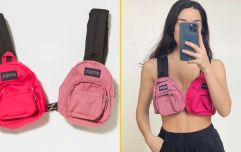 END_OF_DOCUMENT_TOKEN_TO_BE_REPLACED

Were you ever roped into playing the game where you knocked on people's doors and ran away?

Once the door was opened by that particular victim, you could watch their reaction from afar when nobody was at the door.

It was a childhood classic, and one that parents always tried to make their children stop playing, which, naturally, made the game even more appealing.

The name of this classic game was never really official. It did not have a concrete name, such as 'hide and seek' or 'it'.

This has led people to dispute the name of the childhood game online.

On Twitter, one user asked: "When you were younger what did you call it when you knock on someone's door and run away?"


When you were younger what did you call it when you knock on someone's door and run away? 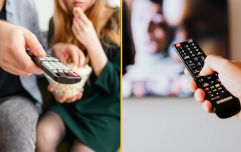 END_OF_DOCUMENT_TOKEN_TO_BE_REPLACED

Other users had random names for the game.

One commented: "It was always Knock down ginger." 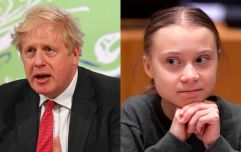 END_OF_DOCUMENT_TOKEN_TO_BE_REPLACED

Another responded with a more accurate description of the game, saying: "Knock and run lol."

We particularly enjoyed the creativity of this suggestion, but 'knock a door run' seemed to be the most accurate response, at least in our memory.

I will be no taking any further questions on this matter at this time...

popular
Eddie Hearn: Billy Joe Saunders will be out for a 'long, long time' after injuring eye
Elon Musk revealed he has Asperger's syndrome on Saturday Night Live
The JOE Friday Pub Quiz: Week 242
This Billy Joe Saunders fan is probably regretting his choice of tattoo
Families will be allowed to hug each other from May 17, says Michael Gove
Piers Morgan hits out at decision to replace him with Alastair Campbell on Good Morning Britain
A definitive ranking of every swear word from worst to best
You may also like
Food
Man explains why storing baked beans upside down is the 'right' way
Life
Boots apologises for advert on treating mothers to sex toys on Mother's Day
Life
Meet the man who travels across the UK rating benches
Entertainment
Why the BBC needs to stand for backing black comedy
Politics
BrewDog launches petition to rename airport 'Joe Biden International'
Next Page