Grab your suncream and bucket hat because the UK is set to experience its hottest day of the year so far, with some areas slated to be balmier than sunny Spain. 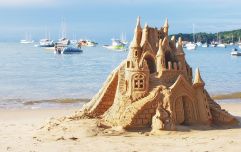 END_OF_DOCUMENT_TOKEN_TO_BE_REPLACED

Temperatures are expected to soar today as the UK faces its best-weather-day yet. Forecasters predict mid-20 degrees by the afternoon, unseating the previous hottest day (23 degrees) that was recorded on Good Friday at St James's Park in London on April 15.

If the mere thought of air travel stresses you out, no doubt thanks to the numerous reports of cancelled flights and passport delays, then you'll be pleased to know that the rest of Europe has nothing on us.

Nice, France, is expected to reach just 20C, while Barcelona and Ibiza will experience highs of 21C.

"It's possible we could see the warmest day in parts of the South East. If we don't see it on Friday, we'll likely see it at least on one day next week," Met Office meteorologist Annie Shuttleworth told the Mail Online. "Average temperatures at this point in early May is about 17C (63F) for London and somewhere around 15C (59F) outside of that."

Warmer weather is on the way 📈

This graph shows the temperature trend for London 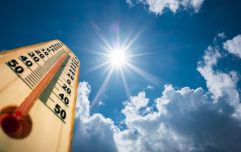 END_OF_DOCUMENT_TOKEN_TO_BE_REPLACED

Shuttleworth also warned that "'UV levels will likely be high", so lather on that suncream and don't spend too much time in the beams as "long periods in the sunshine [is] not recommended."

Come next week, temperatures in the South of England are expected to peak at around 26 degrees, which will then to carry over onto next weekend. Even in the north, where the weather can sometimes resembles a scene from Game of Thrones, the heat will reach the low 20s.

What is the weather forecast for this weekend? Here's Aidan with all the details 👇 pic.twitter.com/N3eLzvVKRo 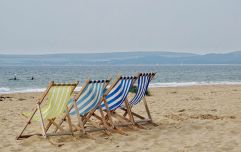 Next week could to see UK’s hottest day of the year so far, Met Office predicts

END_OF_DOCUMENT_TOKEN_TO_BE_REPLACED

"We'll get a day-on-day increase in temperatures as warm air is pulled up from North Africa and Spain because of the direction of the winds," MeteoGroup forecaster Donal Considine said. "'So next week there is the potential for maximum temperatures 4C to 5C above average."

The Met Office's three-month summer report suggests that the coming months could be hotter than usual.

"While this doesn't necessarily mean heatwaves will occur, it does increase the likelihood of heatwaves compared to normal," it reads.