Sony could be working on a new Playstation 4.5 console

Sony isn't one to rest on its laurels.

Just after the news of the Playstation VR headset, reports are emerging of Sony developing a brand new console - a Playstation 4.5 - with a focus on virtual reality. 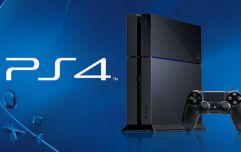 As of today PlayStation users can change their horrendous old usernames

END_OF_DOCUMENT_TOKEN_TO_BE_REPLACED

According to Kotaku, the rumoured console would come with increased graphical power and a GPU that would support high-end 4K resolution (that's super-sharp, high-definition to you and me - four times what the current Playstation 4 runs games at).

Based on conversations with Sony, the extra juice would help the company better develop apps and games for its new VR headset, which is coming this autumn.

When Kotaku contacted Sony about the rumours, it declined to comment. “We can’t comment on rumours or speculation,” a spokesperson said in an e-mail.

END_OF_DOCUMENT_TOKEN_TO_BE_REPLACED

So that's not technically a yes. But it's also not a no either.

All we know for sure is Sony is bringing out the heavy hitters for the tailend of 2016 thanks to its VR headset.

Both Sony and Microsoft are looking to make up ground on the current slate of gaming PCs. With Valve making inroads on your living room space with its long-awaited Steam machine it's all change in the gaming world at the moment.

Staying up until 3am playing Grand Theft Auto will never be the same again.

popular
Multiple fatalities after planes collide mid-air over airport
Incredible case of the only known individual whose parents were two different species
Andrew Tate banned from Instagram and Facebook
The JOE Friday Pub Quiz: Week 308
Footage emerges of Andrew Tate getting knocked out during kickboxing bout
Rishi Sunak names his usual Maccies order - but it was withdrawn more than 2 years ago
Court hears cringeworthy poems Ryan Giggs wrote to his ex
You may also like
Entertainment
QUIZ: Can you name the PlayStation 4 game from the screenshot?
Gaming
Fall Guys update adds giant hammer that randomly appears to f*** you up
Gaming
Why you should be excited for the Tony Hawk's remaster
Gaming
PS4 thriller Erica brings back the 1990s live-action video game craze
News
Teenager jailed for putting PlayStation 4 through self-service checkout till as fruit
Next Page