We think they're being foolish, it needs to be a least... three times longer than that.

You may have heard in recent days that Twitter will be shutting down Vine over the coming months.

END_OF_DOCUMENT_TOKEN_TO_BE_REPLACED

"We value you, your Vines, and are going to do this the right way," the company said in a Medium post.

"You’ll be able to access and download your Vines. We’ll be keeping the website online because we think it’s important to still be able to watch all the incredible Vines that have been made." 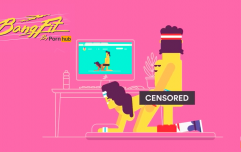 END_OF_DOCUMENT_TOKEN_TO_BE_REPLACED

"We’re interested in purchasing Vine from you. We figure since Twitter has dropped it and is having significant layoffs that you and your stakeholders could benefit from a cash infusion from the sale of Vine."

This comment is in relation to the weakening financial position of Twitter over the last few years, which necessitated in Twitter laying off some of their staff.

In the meantime, have a look at our favourite Vines of all time.