Elon Musk shares 'evidence' we are actually living in a simulation

At least we can blame our bad decisions on coding

Elon Musk clearly has a lot of time on his hands because he has now given 'proof' that we are all living in an elaborate simulation.

END_OF_DOCUMENT_TOKEN_TO_BE_REPLACED

Citing the 1970s video game Pong and so-called 'proof', Musk argues that our technological advancements are proof in itself of the simulation.

Responding to a tweet about the game, Musk wrote: "49 years later, games are photo-realistic 3D worlds.

"What does that trend continuing imply about our reality."

49 years later, games are photo-realistic 3D worlds. What does that trend continuing imply about our reality? 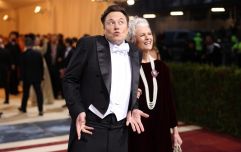 END_OF_DOCUMENT_TOKEN_TO_BE_REPLACED

Musk has previously stated that he believes in the simulation idea hypothesised by philosopher Nick Bostrom in 2003. Essentially, Bostrom believes that advancements in technology will allow future generations to run computer simulations indistinguishable from real life.

Bostrom claimed, "then it could be the case that the vast majority of minds like ours do not belong to the original race but rather to people simulated by the advanced descendants of an original race."

Musk has stated that there is a 99.99 per cent chance that the universe we live in is not actually real, which would explain the behaviour of anti-vaxxers, Donald Trump and that recent strange Heinz invention. 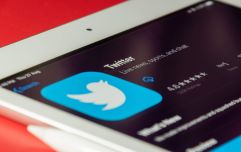 END_OF_DOCUMENT_TOKEN_TO_BE_REPLACED

These theories have of course been magnified by pop culture, with movies like The Matrix, The Truman Show and Black Mirror adding to the chaos.

Twitter has since responded to Musk's 'proof', with one person simply replying: "it implies yo mama."

On the subject, another said: "We are in a simulation, the chances of us actually existing in base reality are ridiculously low."

This is a typical involution. There is only one way out for mankind, which is interstellar civilization.😇 https://t.co/rEjnP3n0sj

A third added: "This is a typical involution. There is only one way out for mankind, which is interstellar civilisation."

Another person replied simply, "metaverse", which is a little too scary to consider right now.