"Texting is long. You got BBM?"

For nearly a decade, Blackberry smartphones served as a bedrock for many a wild teen's social life.

But the era of the QWERTY keyboarded phone is coming to an end, as this week saw BlackBerry Ltd announced it will no longer design its own phones.

Quick heads up: Photo research for this story was a delight. A veritable "who's who?" of late 2000s, turn of the decade celebrities and fashion. Here's former WWE Superstar Stacey Keibler in a nice pink hat at the launch of the Blackberry Bold in 2008 for example. (Photo by Frederick M. Brown/Getty Images)

Following another quarterly loss and continued downturn in revenue, the company will now focus on software that companies and governments use to manage their mobile devices.

Manufacture of Blackberry hardware will now be outsourced.

Here's Will.I.Am trying his hardest to get you to pay attention to the BlackBerry Curve 8520 Smartphone in 2009.  (Photo by Brendon Thorne/Getty Images)

Blackberry CEO John Chen said of the development:"We have made investment over a billion-plus, all in software, all in security, and now we need to execute it." 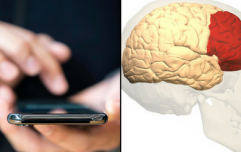 END_OF_DOCUMENT_TOKEN_TO_BE_REPLACED

Going from humble beginnings as a phone for the businessman on the go (ask your uncle about Blackberry's email service. Go on. Ask him), at the turn of the decade the Blackberry reinvented itself as the go-to device for teenagers who fancied themselves as social butterflies.

Blackberry phones' trump card was theBlackberry Messenger system. Worked as an early precursor to apps such as WhatsApp and Snapchat, BBM allowed users to message each other around the world at a low cost.

But the emergence of the iPhone and Android smartphones soon carved into Blackberry's dominance of the market, as the company struggled to keep pace in the more camera-friendly and touchscreen-ready era.

And here's Kim Kardashian at the launch of BlackBerry 8330 Pink Curve in 2008. It is, as the teens say 'iconic'.  (Photo by Frazer Harrison/Getty Images)

Talking to the Metro, tech analyst Ben Wood of the CSS Insight consultancy said: ‘BlackBerry can’t keep producing its own phones indefinitely just to serve a small subset of its clients addicted to its home-grown devices.

‘BlackBerry had made no secret of the fact that it might shut down its own phone-making business. Pushing it out to a third party is a sensible solution – but any manufacturer making BlackBerry branded devices will ultimately face the same challenges.’

Still, least we'll have those heady memories of BBM at Uni eh?