Materazzi was gripping Zidane's shirt as though clinging on to the face of a cliff. Mentally, maybe he was 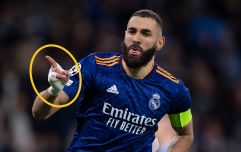 END_OF_DOCUMENT_TOKEN_TO_BE_REPLACED

Remember Buffon, arrogantly pointing to where he was going to dive when you stepped up to take the penalty? He knows you favour the bottom left, hard and low, and he knows you are as cold as him in the heat of it all.

Perhaps he thought you couldn't resist going that way, as though it would have added a gambler's thrill to a penalty in a World Cup final you were otherwise treating with sustained indifference.

You chipped him. Of course you did. The best goalkeeper in the world, maybe ever, who had only conceded a single goal all tournament. The colour of your boots, then the ball, then his kit all dangerously preemptive of the prize waiting for you somewhere in the bowels of the Olympiastadion in Berlin. 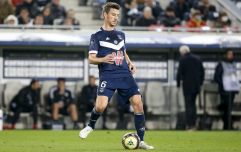 END_OF_DOCUMENT_TOKEN_TO_BE_REPLACED

Maybe you put a bit too much on it, and maybe your lethargic heartbeat crept up, bordering a regular pulse for a beat or two. Maybe it didn't. Maybe you knew it was going to caress the underside of the bar and float downwards and back, maybe you knew the exact angle and weight all along, the lick of an envelope. Sweat dripped from your brow; concentration not concern.

Do you remember how you got here?

There was the penalty against Portugal. One step and bottom left, the move Buffon dared you repeat. Ricardo guessed the right way. Even then it didn't matter.

Before that there was the one man demolition jobs through Brazil and then Spain, culminating in a 92nd minute goal after you stopped on a drawing pin to shoot back against the idea, the illogical corner, hard and low bottom left.

Puyol was nowhere, Casillas was somewhere even further away than that. 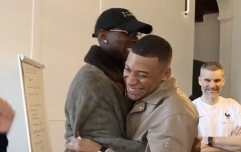 END_OF_DOCUMENT_TOKEN_TO_BE_REPLACED

Do you remember '98? The opening penalty against the same opponents, Italy, in a nervy Quarter-Final shootout. I don't need to remind you where you went that day, nerveless, nor where Gianluca Pagliuca dived, the penalty a future echo of itself like the goalkeeper's own name.

Then there was the final, where you, the languid playmaker, turned abruptly about-face to thump in two disdainful near-post headers, seemingly fuelled by outside belief that this just wasn't something you did, or could do.

By halftime, France had all but won the World Cup on home soil and the scoresheet read Zidane 27', 45+1'.

Now it is Zidane 7', Materazzi 19', two names sinking into record. Extra time is dwindling on to an inevitable conclusion. Once again you will have to weigh up distance and height, deafening repetition or surprise.

Materazzi, an irritant, is clinging on once again. A freekick comes to nothing and the clock stumbles. "If you want my shirt so badly you can have it after the game" you mutter, and begin jogging back to midfield to find the ball, to be both the one and the two in every move, ultimately to be the one and the zero.

"I would prefer your sister" he spits back, not just the words that were lurching and cumbersome.

Don't do it, Zizou. You have it all to lose, him, nothing. You wouldn't stand for it on the concrete housing projects buried deep in Marseille, but you must let it go now. This is about legacy, and that is something you cannot undo. France needs you. For 10 more minutes and a final, definitive, caress of the ball. Do you not, Atlas, want to hold the world aloft once more?

You opt for repetition, true to self, and the dull thud rings out like those headers in Paris.

You are away now, past the referee and the players, unfurling your strapped wrist, a film reel after the movie ends. You're past the trophy. You don't look. You know you don't need to.

Do it, Zizou. Let them talk and let them decide what they want. At least they knew you were there and at least now they realise you are gone.