UFC legend BJ Penn has asked his former employer to stage a fight between him and Jake Paul.

END_OF_DOCUMENT_TOKEN_TO_BE_REPLACED

Paul, 24, defeated another ex-UFC star, Ben Askren, in the boxing ring on Saturday night, knocking the accomplished wrestler out inside the first round.

UFC president Dana White bet $1 million on Askren picking up the win, so what transpired came as a big surprise.

A swift one-two from Paul knocked Askren to the mat. Although the latter made it back to his feet, he was deemed incapable of continuing by the referee. 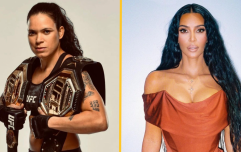 END_OF_DOCUMENT_TOKEN_TO_BE_REPLACED

There is no shortage of suitors for Paul's next fight.

Conor McGregor, Tommy Fury, Floyd Mayweather and Tyron Woodley have all been linked to a clash with the YouTube star.

However, UFC legend BJ Penn has also put his hat into the ring in fairly emphatic fashion.

He tweeted: "Hey @triller send me a contract and I will happily knock this f***er out in one round."


Hey @triller send me a contract and I will happily knock this fucker out in one round 💯 https://t.co/JSP5lNh9xh 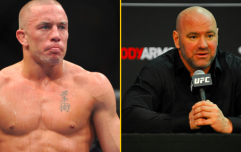 END_OF_DOCUMENT_TOKEN_TO_BE_REPLACED

Penn, 42, last fought in the mixed martial arts world back in 2019. He was released by the UFC late in the year after video emerged of him embroiled in a street fight.

Back in 2012, boxing coach Freddie Roach selected BJ Penn among his top five boxers in MMA.

Jake Paul has been linked with Conor McGregor, who last fought in the boxing ring against Floyd Mayweather.

McGregor is set to go up against Dustin Poirier in a trilogy fight later this year, but he is no stranger to boxing after previously facing Floyd Mayweather.

If he does go up against Jake Paul, Ryan Garcia doesn't think McGregor would be able to knock the YouTuber out.


"Conor McGregor's not that good of a boxer. His punches don’t even look good."