Manchester United are back! Ole is at the wheel! Etc.

Okay, we're not going to engage in the hyperbole that greeted Manchester United's last win in the French capital, but there is no denying that Ole Gunnar Solakjaer's side provided their best performance of the season as they dominated last season's defeated Champions League finalists in the Parc des Princes.

As the dust settles on the result, we're diving straight into our player ratings for United's 2-1 win over PSG.

This was easily De Gea's best performance in a big game for quite some time. He's been solid this season so far, but the ghosts of the past two or so years remain, and this felt like a return to his previous level of supremacy. He was helpless for Anthony Martial's own goal from a PSG corner, but made a series of extremely good saves throughout.

Were Axel Tuanzebe an established part of this Manchester United team, he would have received a high rating tonight. The fact that he hasn't played for United since last year makes this an even more extraordinary performance. The 22-year-old made an early mark by muscling Mbappe off the ball, and continued in that manner for the rest of the evening. His performance was one of assurance and confidence and one that, had Harry Maguire not cost £80 million and been hastily handed the captaincy, might see him push for a place in the centre of the defence.

Unlike the rest of those in defence, Shaw didn't exactly shine tonight. He had a few misplaced passes and was out of position on occasion, but he also looked a touch more comfortable knowing that Alex Telles was out on the left, willing to tuck in when needed. His performance didn't move mountains but he did what he needed to do.

As debuts go, Alex Telles' was extremely encouraging. He looks solid when helping out defensively but it was going forward where he truly shined. He clearly has the technical capabilities to succeed against top opposition, and his delivery from wide was truly a sight to behold. Once he gets truly used to playing with his new teammates, he should be success at Man United.

A typically solid performance from the Brazilian midfielder, who gained brownie points relatively early on after sticking the studs in on Angel Di Maria. He recycled the ball well, and allowed his more attacking teammates to do what they do. 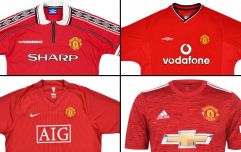 END_OF_DOCUMENT_TOKEN_TO_BE_REPLACED

Starting in place of Paul Pogba, McTominay struggled initially to deal with the movement and skill of Neymar, but as the game progressed he looks increasingly settled.

Was a particular threat from corners and aerial balls, and another day might have scored. Decent performance.

'If at first you don't succeed, try and try again.' That's Bruno Fernandes motto seemingly for every game of football he ever plays, and it was evident here too. Though he wasn't quite as incisive in open play, he did - as he often does during his quieter games - come up trumps from the spot. He missed his initial penalty, just days after missing his first ever for the club against Newcastle, before stepping up and scoring the retake.

Still influential even when he's not on top form, which is what you want from your talisman.

Feels a bit harsh for Martial as he didn't play that badly, but he did score an own goal and generally didn't dictate play or get quite as involved as many would have hoped.

He failed to break through the PSG defence from wide, and while his own goal was unfortunate, he also should have kept his eyes open. 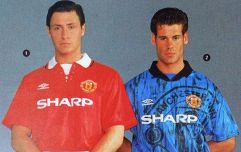 Manchester United are bringing a classic kit look back next season

END_OF_DOCUMENT_TOKEN_TO_BE_REPLACED

As is often the case in these sorts of games in which he doesn't start, Pogba's positivity and eye for a pass helped United put the pressure on as PSG lost patience and energy. He helped stretch the home side and provided the pass for Marcus Rashford, before the striker got the winning goal.

popular
The JOE Friday Pub Quiz: Week 220
QUIZ: Can you match the Harry Potter quote to the character that said it?
A definitive ranking of every swear word from worst to best
Emilia Clarke's nude scene set 'Game Of Thrones' fans on fire
Boxer Ryan Garcia bets $100,000 on Conor McGregor not being able to knock out Jake Paul
QUIZ: Guess the football stadium from the photo
Kaka calls out Sunday league player who told him to 'cut it back'
You may also like
Sport
Fred miraculously escapes red card for headbutt on PSG midfielder Leandro Paredes
Sport
Marcus Rashford becoming 'annoying' for PSG, admits Thomas Tuchel
Sport
Edinson Cavani issues apology for language used in social media post
Sport
FA to investigate Edinson Cavani's deleted Instagram post
Sport
Man Utd being 'held to ransom for millions of pounds' by cyber criminals
Next Page