12 NFL stars to watch out for - and their footballing equivalents

The new NFL season is a chance to extend your weekend of sport across multiple time zones, so it's in your best interests to immerse yourself fully (helmet optional) in "what they call football over there".

END_OF_DOCUMENT_TOKEN_TO_BE_REPLACED

To help with some of the names you'll be screaming between mouthfuls of nachos, we've matched NFL stars with a more familiar footballing equivalent, give or take a hundred lbs (yes, lbs…you're an American sports fan now, remember?)

Here are some guys to look out for:

One of the NFL’s hardest-working players, willing to run or catch for hard yards, so it seems a little unfair that his teammates rewarded him with the frankly awful nickname 'Humble Rumble'. Antonio Valencia is his ground-swallowing, engine-room equivalent.

Despite a name like a mild-mannered flamenco guitarist, Jones is a big, blisteringly fast wide receiver, with strength, aerial ability and a nose for the end zone. His closest match would be Premier League apex predator, Romelu Lukaku. 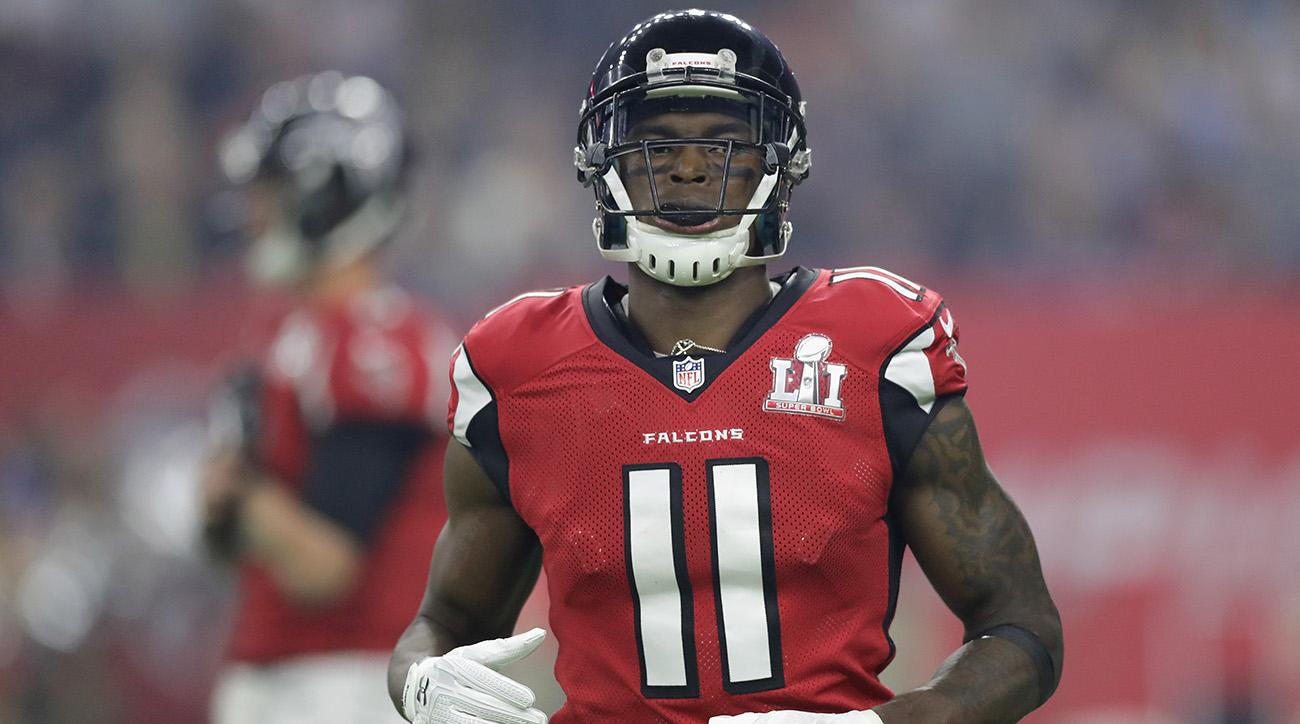 END_OF_DOCUMENT_TOKEN_TO_BE_REPLACED

If you’re going to accept the nickname ‘Superman’, you really need to back it up. Fortunately for Cam Newton (and less so for opponents), he can pass, run and showboat with the best of them. The only modern player to win the Heisman trophy (for best college player), college championship, and be drafted at #1 NFL pick in the same year, he hasn’t slowed since. Cristiano Ronaldo is the natural “you have to respect his ability, though” comparison.

END_OF_DOCUMENT_TOKEN_TO_BE_REPLACED

Despite a tough 2016 for his franchise, AJ Green continued as one of the most reliable receivers in the NFL. Selected for the past 6 all-star games, he attributes his sure-handedness to a childhood juggling hobby. At 6’4” and 210lbs, I’m not going to laugh at him for it. Burnley fans are equally grateful for keeper Tom Heaton’s handling in a team frequently under pressure. 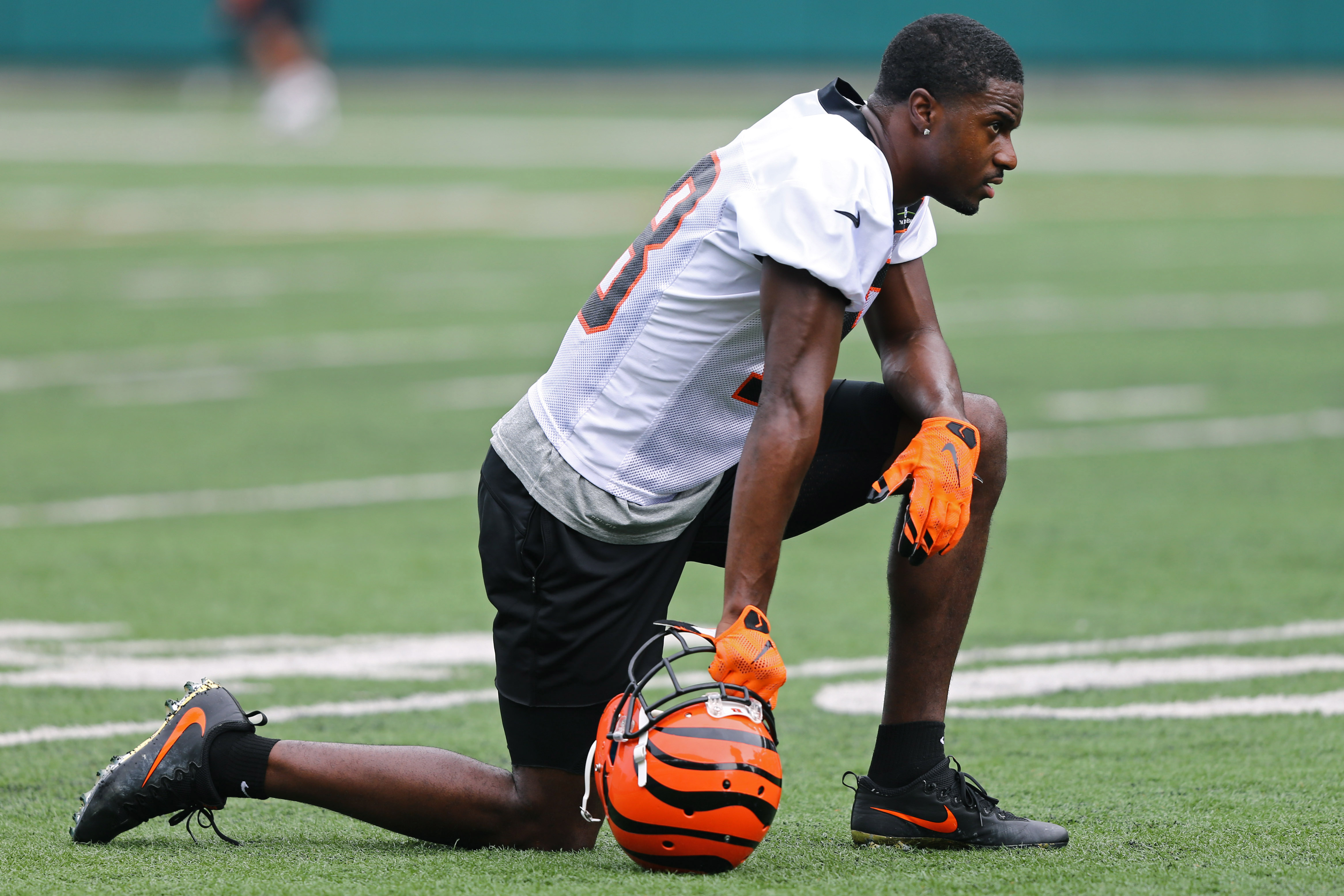 Former winner of the hilariously-named ‘Butkus Award’ for best college linebacker, and holder of 4 Denver quarterback-sacking records. At 6’3” and 250lb but with the athletic ability to compete in the 110m hurdles, triple jump AND javelin during high school, this defensive hard-hitter brings to mind Leicester City’s enforcer-in-chief, Harry Maguire.

Known for highlight-reel touchdown throws and, less impressively, a celebration involving fastening an imaginary belt (although with the relaxed approach to "excessive celebration" penalties this year, maybe he'll push the boat out a little). He’s featured in more TV adverts than you can shake a big foam hand at, making Neymar his marketable all-star counterpart.

Luck by name, and… not by nature. Despite also representing a team with a lucky horseshoe for a logo, he’s already been through several major operations and was questionable to start this season. A gifted quarterback when he’s not anaesthetised, he could warm the bench and talk of past glories with Liverpool’s Daniel Sturridge.

Married to a supermodel and winner of virtually every team and individual award under the sun (but is he happy?). Arguably the most famous NFL player in the world, dragging his team to wins with alarming regularity, he could only be Lionel Messi. A player named Beckham, with enormous ability and noteworthy hairstyles, displaying on-field brilliance and occasional impetuousness… this one would have been very easy 10 years ago. Today, Paul Pogba is the golden-tipped headline-maker on this side of the Atlantic.

Sherman Tank, The Shermanator… don’t call him any of these things. Optimus Prime (his own choice, promising to mark superstar receiver Calvin ‘Megatron’ Johnson out of the game) is frontman for the Seahawks’ feared secondary line, The Legion of Boom. Justifiably one of the NFL’s highest-paid defensive players, he would appreciate the work of Italy’s Leonardo Bonucci.

One of London’s few NFL exports plies his trade in Miami, where he’s presumably asked 37 times each day if he “misses the rain back home”. A promising running back if he can overcome knee problems. Gareth Bale-ish for the Brit away from home/injury factors.

First drafted in 2001, he’s a veteran of the game, but perhaps more importantly has one of the best nicknames in the NFL. After a severe injury, he signed for New Orleans in 2006 as a free agent, rising as the saviour of the franchise and earning the moniker ‘Breesus’. Jonny Evans is the Premier League player who had a rebirth at a (relatively) unfashionable club.