Jack was 22 when he realised he was in trouble. 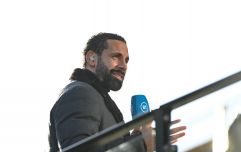 END_OF_DOCUMENT_TOKEN_TO_BE_REPLACED

Coming out of university and moving into the next stage of his life, Jack started to accumulate debt. Banks were offering what seemed like straightforward financial services: credit cards and the like. And as a young person fresh out of education and into the real world, they seemed like a good deal.

"These were quite reputable banks, not payday loans," Jack says. "It was too easy to fall into that trap."

"I had a bit of a lifestyle change with my job, moved to Leeds. You get a new job and a pay rise and you think you're managing it, but what you don't realise is your expenses, irrespective of your debt, are also going up, so you're no better off.

"When I saw what my total outgoings were, I realised I completely screwed it up."

Once Jack came to terms with his debt, it felt like he had a mountain to climb. But it all happened so easily. In fact, it was laughably easy, Jack says.

"Within months they'd doubled my ability to spend. No wonder it was so easy - I didn't even know mine had been extended.

"The banks should have an accountability to say, 'Can they really afford this?' There's no real excuse for it." 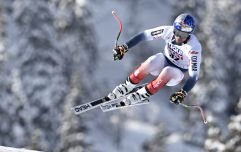 END_OF_DOCUMENT_TOKEN_TO_BE_REPLACED

Being in debt can be a lonely place. Jack was lucky enough to have a partner to confide in, but there can be a real stigma around the issue.

"It's very easy for people to say, 'How did you let it get so bad?'" Jack says. "But that's what happens when you've got a perfect storm of an easy line of credit and immature spending habits.

"People can fall into debt through life circumstances: sickness, loss of jobs. That's a lot easier to sympathise with. But when it was just through mismanagement and immaturity, I feel there is a stigma attached to it."

Shouldering the burden of debt can take a grave toll on a person's mental health: depression, isolation, feeling trapped, with no way out. Dealing with ever-present debt left Jack anxious, wondering how he was going to deal with it. 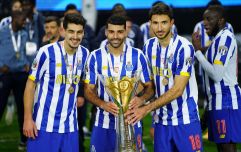 QUIZ: How well do you know FC Porto?

END_OF_DOCUMENT_TOKEN_TO_BE_REPLACED

"I became more flippant about things, like it couldn't get any worse than it already was," Jack says.

"It was like denial. I wouldn't say it caused depression; it was more like stress. I had a shorter fuse with people in my life. That's where I took out that frustration."

Realising he needed help, Jack turned to StepChange. He went onto their website and used the debt advice tool, which helped him find the right way forward for his situation.

In a short amount of time, Jack was on the way to tackling his debt.

"It was very simple. No one on the phone questioned what I'd done - no one wants to feel scrutinised when they're seeking help. It was really straightforward."

Jack is now coming up to his second annual budget review, and life is looking good again.

"I'm looking at my spreadsheet, thinking about how I can shave more off the total," Jack says. "There's always an opportunity to cut back and make more money. It's got me into that mindset, thinking that I can always do more to make that situation better.

"When I was looking at the debt originally, it felt like the impossible to get it all paid off, but now it feels so much more achievable."

If you’re struggling with debt, StepChange’s online advice service and debt solutions can help you take control of your money.

Get free, personalised advice. Day or night, online 24/7 at StepChange.