In partnership with Coca-Cola GB

Although we all know how important it is to recycle, at times a lack of information can make it confusing. 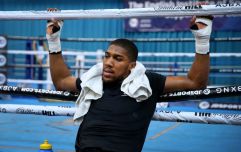 END_OF_DOCUMENT_TOKEN_TO_BE_REPLACED

But recycling doesn’t have to be hard. It doesn't have to be as painful as ironing all your work shirts or washing up all your plastic tubs in one giant go. In recent years, we have seen companies take practical steps to help us all on our recycling journey, and in no week is this more important than this week, Recycle Week.

Less than 57% of plastic bottles in the UK are recycled, which means that companies like Coca-Cola have less material for use in their packaging. At our current rate of plastic disposal, for every 1,000,000 tonnes of plastic produced in the UK, 74% will end up in a landfill.

Although we’re getting better, it's clear there is still a long way to go. That’s why Coca-Cola GB is continuing to take steps to encourage more people to recycle. 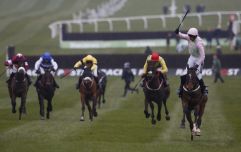 END_OF_DOCUMENT_TOKEN_TO_BE_REPLACED

All of Coca-Cola's bottles have been 100% recyclable for a number of years, and not only that – their bottles are currently made out of 25% recycled plastic (rPET), with a commitment to increase this to 50% by 2020. In fact, by 2030 the company want to collect and recycle a bottle for every single one it sells, to help ensure a #WorldWithoutWaste.

Coca-Cola’s bottler, Coca-Cola European Partners, also works with Clean Tech, a bottle reprocessing plant in Lincolnshire, which enables it to source all of the recycled plastic it uses in its iconic bottles.

This came following research which found that 64% of consumers would recycle more plastic if they were financially rewarded for doing so.[1] That’s exactly what happened this summer, as customers received a 50% off voucher from Coca-Cola for their efforts, for use at Merlin’s top attractions, including Alton Towers Resort and THORPE PARK Resort. 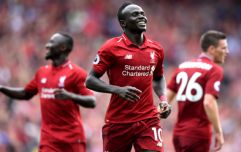 END_OF_DOCUMENT_TOKEN_TO_BE_REPLACED

Coca-Cola is continuing to innovate with its #CokeDunks competition, which ended last week, and encouraged followers to share videos of their own creative dunks into recycling bins up and down the country. Olympic gymnast Nile Wilson and freestyle basketballer Tom ‘The Conman’ provided the inspiration, showing consumers how it’s done and using their skills to land some enviable dunks. The competition may be over, but you’ll still be able to check out their dunks as we wait for Coca-Cola to announce the winner, or use their new Snapchat Lens which challenges people to virtually dunk as many empty bottles as they can into a recycling bin.

As part of the campaign, a new TVC entitled ‘Across the Tracks’ launched, which sees a man catch the eye of a fellow commuter using a bottle of Coca-Cola zero sugar whilst in a busy train station.

The campaign culminates this week, with a takeover of the Piccadilly Lights encouraging passers-by to recycle their plastic bottle once they’ve enjoyed their favourite drink.

Whether a cheeky bottle flip followed by a swerving free-kick, or a nonchalant diving header into the literal top bins, Coca-Cola GB is encouraging more people to recycle its bottles. And, while the competition may have ended, your ability to dunk never will.

What are you waiting for?

[1] Research carried out by YouGov on behalf of Coca-Cola Great Britain. Total sample size was 2019 adults from Great Britain. Fieldwork was undertaken between 15th - 19th June 2018.  The survey was carried out online. The figures have been weighted and are representative of all GB adults (aged 18+)