Princess Diana's statue is getting roasted on social media

The statue was unveiled on Thursday by William and Harry.

The new Princess Diana statue at Kensington Palace has received scathing reviews online, just hours after it was unveiled at a ceremony by Prince William and Prince Harry. 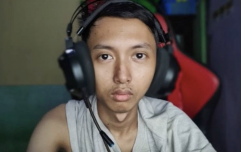 END_OF_DOCUMENT_TOKEN_TO_BE_REPLACED

The statue had been designed by sculptor Ian Rank-Broadley, with William and Harry reportedly both being involved in deciding what the statue would look like.

The statue shows Diane surrounded by three children, an image intended to represent the "universality and generational impact" of her work, with Kensington Palace the statue was "based on the final period of her life in her role as an ambassador for humanitarian causes and aims to convey her character and compassion."

Today, on what would have been our Mother’s 60th birthday, we remember her love, strength and character – qualities that made her a force for good around the world, changing countless lives for the better. pic.twitter.com/jsZXyUsG7q

— The Duke and Duchess of Cambridge (@KensingtonRoyal) July 1, 2021

However, it seems like many were not impressed with the statue, complaining that it looked nothing like the former Princess of Wales.

One wrote: "Not too impressed by statue gotta be said. Doesn’t look like her very much."

A second added: "The Diana statue really doesn't look much like her, does it?"

Not too impressed by statue gotta be said. Doesn’t look like her very much. #DianaStatue pic.twitter.com/r2xrZdC2Ms

END_OF_DOCUMENT_TOKEN_TO_BE_REPLACED

A third agreed, saying: "Not a fan. It doesn't look like her and while I get they wanted to depict her humanitarian work, it doesn't translate well with those children."

A fourth said: "Am I the only one who thinks Princess Diana’s statue doesn’t really look like her? Where’s her warm smile?"

And a fifth added: "Let's be brutally honest - this statue doesn't look anything like Diana, Princess of Wales, who was a lot softer and more beautiful."

Let's be brutally honest - this statue doesn't look anything like Diana, Princess of Wales, who was a lot softer and more beautiful. The kids with her don't work either - way too contrived to the point of parody. Montecito-style phoniness even. https://t.co/k2WuMpGP2P

The usual critics also wheeled out their opinions. Piers Morgan described it as "not a great statue of Diana," whilst Julia Hartley-Brewer said that she was now "very much in favour of people toppling statues."

Let’s be honest - it’s not a great statue of Diana. pic.twitter.com/V8KZkbDmFF

Ok, I've changed my mind. I am now VERY MUCH in favour of people toppling statues. pic.twitter.com/4c63BI2Hzh

Not all were critical of the statue though. One user noted that from a different angle they thought it looked much better.

I suppose as long as Harry and William are happy with it though, it doesn't really matter what anyone else thinks does it?