This influencer is doing more to stop online violence then governments

In a mission even Bond would be ill-equipped for, a Black influencer has gone undercover to infiltrate and sabotage White Lives Matter groups online. 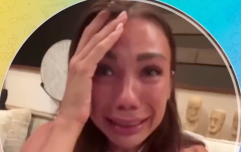 END_OF_DOCUMENT_TOKEN_TO_BE_REPLACED

Both White Lives Matter and White Lives Matter 2.0 were infiltrated by Bradley where she saw the usual posts you would expect from hate groups. She saw posts against Michael B. Jordan as Superman, comparisons of George Floyd to a monkey, and even experienced racial slurs directed towards herself. The two groups have since been shut down following the TikTok creators expose.

“What I wanted to ultimately do was disband the group,” Ms Bradley told The Independent. “Make them so uncomfortable that the group is no longer valid – no one feels safe in the group.”

“White Lives Matter, a racist response to the civil rights movement Black Lives Matter, is a neo-Nazi group that is growing into a movement as more and more white supremacist groups take up its slogans and tactics,” says the Southern Poverty Law Center.

“One person posted, ‘My son is 15 years old, he’s dating a Black girl, and I want to know how to tell him you don’t mix with N-words,” Bradley told the news outlet.

“For them to have a ‘White Lives Matter’ group, and the terrible things that they would say – I was just so surprised,” Bradley said. “It’s really shocking.”

popular
Jordan Peterson suspended from Twitter over Elliot Page comment - says he won't apologise
Premier League player arrested on suspicion of rape
Wildlife trophy hunter who killed lions and elephants gunned down in 'execution-style' murder next to car
Swiss football fan slept rough in Milan for 10 years after getting lost at San Siro
Moment fighter jet appears at the wing of easyJet flight after teen passenger ‘made bomb threat’
Drag queen does poppers live on Channel 4 - tells mum 'I've bloody made it'
A new £1 hangover prevention pill has gone on sale in the UK today
You may also like
News
Mum posts hilarious review after buying cheaper toilet paper and instantly regretting it
Life
Female researcher's avatar sexually assaulted in the metaverse
News
Texas shooting: Gunman posted warnings on Facebook just minutes before shooting
News
People think Mark Zuckerberg's wax figure looks more human than him
Life
Sky customer reveals how changing your contract could save you up to £600
Next Page