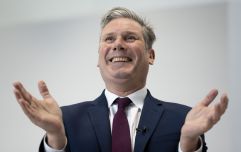 Over half of voters would choose Keir Starmer over Boris Johnson, new poll shows

END_OF_DOCUMENT_TOKEN_TO_BE_REPLACED

The two senior cabinet members have been Gray’s colleagues for over a decade.

The MP for North Wilshire, who is ‘commander in chief’ of St John’s Ambulance, confused the two at an event he was hosting in Parliament which both ministers were attending, along with Labour leader Sir Keir Starmer.

Gray was speaking at an event on 8 September celebrating the work of St John's Ambulance when he mixed up the then-vaccines minister and Javid in front of 50 invited guests.

The Daily Mail reports that when the error was pointed out to Gray, he joked: "They all look the same to me." 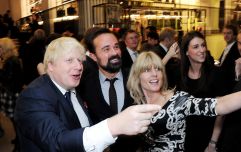 END_OF_DOCUMENT_TOKEN_TO_BE_REPLACED

Gray told the Mail he had not been racist in any way or said, "They all look the same to me."

He had simply confused the top of Zahawi's head with Javid, and wrongly assumed it was him.

Gray added: "The notion that this is some sort of racist remark is ridiculous. They are two very good friends of mine."

The day before the mixup, Gray used a debate in Parliament to personally thank Zahawi for his work on the vaccine rollout.

END_OF_DOCUMENT_TOKEN_TO_BE_REPLACED

St John's Ambulance confirmed on Tuesday that they had asked Gray to stand back from any St John's related activity long before the story hit headlines.

"The conversation was well before yesterday, not on the back of the mail online story," a spokesman said, adding, "St John does not tolerate racism in any way, shape or form. We spoke with James Gray following the event about our values as an open, inclusive and progressive charity.'"

Gray's honorary position with St John's Ambulance will mean he needs to voluntarily stand down from work with the charity.

When PoliticsJoe reached out to Gray for comment, his position as 'Commander, Order of St John' was still listed in his email signature.

It’s been a mere 3 weeks since the Tory MP’s last nonsense.

On the eve of the Labour Party conference, Gray joked about delivering a bomb to the former shadow chancellor’s office.

Labour hold their conference in Brighton, where the infamous attempted assassination of Margaret Thatcher took place.

Gray was forced to apologise to Anneliese Dodds.

PoliticsJoe is awaiting confirmation that Gray has stood down from St John's Ambulance.

If Gray chooses to resign as MP, it’s likely another Tory will be elected to his constituency, having won the 2019 election with an 18,000 vote majority - a whopping 59% of the vote.