The Fisherman from Devon said he wished he could go back before Brexit and tell himself, 'Don’t be a fool, stay in Europe'

Believe it or not, the Brexit referendum took place over four years ago now—half a decade in June—though the slow march towards it coming into fruition felt even longer. Moreover, despite having officially left the European Union on the 31st of January 2020, it still doesn't quite feel fully in our rear-view mirror. 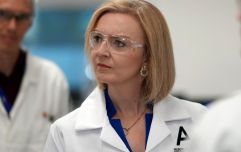 END_OF_DOCUMENT_TOKEN_TO_BE_REPLACED

In fact, the effects of Brexit will likely linger for the foreseeable future, as British businesses are still coming to terms with more stringent trade restrictions and the realisation that the grass isn't always greener. One man who has come to realise that first-hand is fish exporter, Ian Perkes, who said that “life has become very difficult” since voting to leave.

Speaking to DR, a Danish television broadcaster (formerly known as Danmarks Radio), Perkes was asked how he felt now that he had been living and operating his business outside the EU for nearly a year. His answer was one of resounding regret: “Do you think I would have voted to leave if I’d known it was going to cost me another £80,000 a year? Of course not. Only a fool would have voted to go out [...] knowing that.”

Perkes goes on to describe how he believes the Brexiteers "were lied to. We were told we are going to have free trade, we were not guaranteed we were going to get our 12-mile limit back, but we assumed with what we were reading and what we were being told that that would be a case". You can see the full clip below: 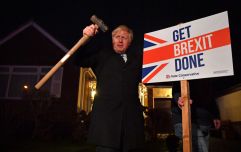 END_OF_DOCUMENT_TOKEN_TO_BE_REPLACED

As you can see, the fisherman clearly wishes he could go back on his decision; when asked if he could turn back the clocks and rethink, he had this advice for his past self: “Don’t be a fool, stay in Europe. Why would you want to leave? [...] I don’t see no happy ending at present".

Perhaps the most damning and particularly pertinent point he makes is that rather than focusing on the big red bus, 'we won't be forced into accepting EU legislation' and all the other Brexit lies, he makes an important confession: “So yeah, I did get it wrong, hands up, I admitted I was wrong, but I’m not an isolated case.”

It was estimated by the Office for National Statistics that exports from Britain plummeted by a staggering £5.6 billion in the month following Brexit and although the government have been keen to shift focus to COVID-19 and have assured that the movement of goods are back to normal market levels, those are numbers you can't ignore.

So too is the drop of more than £300,000 in sales that Perkes told the Daily Express he had lost between January 2020 and 2021. He isn't the only one and will by no means be the last. Careful what you wish for.

popular
Landlord faces £40k fine after tenant puts swimming pool on roof of flats
Bulgarian mystic who correctly predicted Princess Diana’s death and 9/11 sees 2022 prophecy come true
Benjamin Mendy was a 'predator' who 'engineered situations' to rape women, court told
Graeme Souness under fire for calling football a ‘man’s game' while sat with Karen Carney
Coca-Cola has released a new flavour that tastes like 'dreams'
Incredible case of the only known individual whose parents were two different species
Couple take DNA test after worrying they might be siblings
You may also like
Politics
British shoppers pay up to 50 per cent more than those in EU 'thanks to Brexit'
News
Andrew Pierce's face is a picture as he gets schooled by Simon Calder over Dover Port chaos
Politics
British government could have fixed Dover port problems in 2020 - but they opted not to
News
The price of fish and chips is about to go through the roof
News
‘Bye, bye Boris’ song playing in the background of PM’s resignation speech is the finale we all needed
Next Page