A legend gets the respect he deserves

Paper money vs plastic money is a debate that has raged since the first introduction of the new notes back in 2016. But now, the £50 has had its own makeover finally arrive. As of today, £50 notes with the face of Alan Turing have entered circulation. 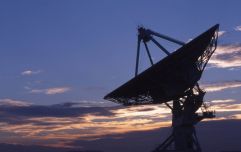 Strange radio waves from centre of galaxy are baffling astronomers

END_OF_DOCUMENT_TOKEN_TO_BE_REPLACED

With countless awards, accolades, and buildings named after him, Alan Turing is a true British icon. He was vital in the war effort, and without him, it could have ended very differently. He was also the godfather of modern computers, and his work has truly changed the world forever. Move over, Cher; there is another gay icon who needs the spotlight.

In 1952, Turing was charged with indecency, which is used to describe homosexual acts back then. He was then chemically castrated, had his security clearance removed, and as a result, later killed himself. A rather strange way to thank someone for saving the country!

Alan Turing on the banknote/Via Getty

In 2013, the Queen granted the late Turing a royal pardon for those acts. But, to truly honour the incredible Brit, he is now the face of the £50 note. Other icons include The Queen, JMW Turner, Jane Austen, Adam Smith, and Winston Churchill.

Floral tributes from all over the world at Alan Turing’s memorial statue in Manchester’s Sackville Gardens on what would have been his 109th birthday and on the day a new £50 bank note featuring him is released. ❤️ 🏳️‍🌈 pic.twitter.com/c1M2YUfzTZ

This victory for Turing will undoubtedly mean a lot to queer people across the country, but it also demonstrates to the rest of the world that gay people are not just tolerated; they are celebrated.

If you’re straight and you manage to get one of the new Alan Turing £50 notes tomorrow you legally have to give it to one of your gay friends, like me. Happy pride month. 🏳️‍🌈

popular
Men should ejaculate 21 times per month to reduce cancer risk
The UK beaches set to be wiped out in 30 years due to climate change
David Beckham 'agrees' lucrative deal to become face of Qatar World Cup
How did Brian Laundrie’s parents find his remains in a few hours?
Bayern Munich star Joshua Kimmich defends decision to not get vaccinated
The JOE Friday Pub Quiz: Week 266
‘Flesh-Eating’ STD spreading across the UK causing 'beefy red' sores
You may also like
Fitness & Health
Men with larger noses have bigger penises, a study shows
News
World is not ready to overcome 'once-in-a-century' superstorm, warn scientists
News
A warning sign of a mass extinction event is on the rise, scientists warn
Health
Your penis shrinks as you get older, but this TikTok doctor explains how to prevent it
Health
Vegan men fart seven times more than non-vegans, study finds
Next Page