Musk could find himself in hot water over his remarks.

Vernon Unsworth, a British diver who played a major role in rescuing the 12 soccer players and their coach trapped in a Thailand cave, has said he's considering legal action against billionaire Elon Musk. 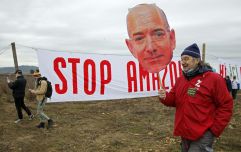 END_OF_DOCUMENT_TOKEN_TO_BE_REPLACED

Musk, famous for founding Tesla and SpaceX, had originally involved himself in the rescue operation by building a mini-submarine he had hoped would save the children. However, the submarine wasn't used, and Unsworth himself said it "had no chance of working" and labelled it a "PR stunt."

Musk took to Twitter to hit back at the claims, and wrote that he would make a video proving that the submarine would work — ending the tweet with "Sorry pedo guy, you really did ask for it" — apparently referring to Unsworth.

When pushed on the issue, Musk allegedly wrote "Bet ya a signed dollar it's true." Musk has since deleted both of the tweets.

Speaking to the Guardian today, Unsworth said that he hadn't seen the comments, but understood that Musk had seemingly referred to him as a paedophile. Asked by the Guardian if he would consider taking legal action, he said "Yes, it’s not finished."

Unsworth then said similar to the AFP. When asked about whether he'd sue, he said "If it’s what I think it is yes."

popular
This is how Team GB is doing at Tokyo compared to Rio and London
Met Office issue exact date for upcoming August heatwave
First trans Olympian Laurel Hubbard given ovation after first-round knock out
What are the dark circles on swimmers' backs at Tokyo Olympics?
Belarus Olympian safe under police protection in Tokyo after refusing 'forced' flight home
A definitive ranking of every swear word from worst to best
Here's how to see who's been taking screenshots of your Instagram Stories
You may also like
News
Jeff Bezos calls out NASA over 'mistake' Elon Musk moon-lander contract
News
NASA is giving SpaceX $178 million to launch its mission to Jupiter moon that could hold alien life
News
Bitcoin crashes below $30k as crypto market enters 'freefall'
Science
Jeff Bezos will spend just 3 minutes in space and with no pilot
News
Anonymous threatens to target Elon Musk
Next Page