'This news is just so horrific, and utterly, utterly heartbreaking'

The widower of Labour MP Jo Cox, who was murdered in an attack in 2016, has slammed the killing of Sir David Amess, saying it is "as cowardly as it gets", as tributes began to flow in for the Conservative MP.

Brendan Cox said of the stabbing attack that left Sir David dead on Friday: "Attacking our elected representatives is an attack on democracy itself. There is no excuse, no justification."

He added: "It is as cowardly as it gets."

Sir David, 69, died after being stabbed multiple times at a constituency surgery in Leigh-on-Sea.

The MP for Southend West, who had served in the House of Commons in various seats since 1983, was holding a surgery at the Belfairs Methodist Church when he was attacked shortly after midday. 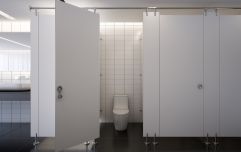 END_OF_DOCUMENT_TOKEN_TO_BE_REPLACED

Essex Police said a 25-year-old was quickly arrested and a knife was recovered. He is currently being held in custody on suspicion of murder. Police are not seeking anyone else in connection with the attack and "do not believe there is an ongoing threat to the wider public".

On 16 June 2015, Labour MP Jo Cox was fatally shot and stabbed outside a library in Birstall, West Yorkshire where she had been due to hold a constituency meeting.

Brendan Cox said the attack on Sir David "brings everything back."

"The pain, the loss, but also how much love the public gave us following the loss of Jo. I hope we can do the same for David now," he added.

My thoughts and love are with David’s family. They are all that matter now. This brings everything back. The pain, the loss, but also how much love the public gave us following the loss of Jo. I hope we can do the same for David now. pic.twitter.com/hwRN0PODPK

The Prime Minister has paid tribute to the Conservative MP, Sir David Amess, describing him as "one of the kindest, nicest, most gentle people in politics".

Johnson said "all our hearts are full of shock and sadness" at the killing of Sir David Amess, remembering a man "who believed passionately in this country and its future".

He added: "We have lost today a fine public servant and a much loved friend. Our thoughts are very much with his wife and children."

Speaker of the House of Commons, Sir Lindsay Hoyle, said he will examine MPs security in the wake of the attack.

Carrie, a vocal supporter for animal rights, said Amess was "hugely kind and good. An enormous animal lover and a true gent".

Absolutely devastating news about Sir David Amess. He was hugely kind and good. An enormous animal lover and a true gent. This is so completely unjust. Thoughts are with his wife and their children.

Former Mayor of London candidate and current Minister for UK Animal Welfare tweeted: "David Amess, a wonderful and kind man, one of Parliament's greatest ever champions and advocates for animals.

"This news is just so horrific, and utterly utterly heartbreaking. I thank David for all his wonderful work for the voiceless, and may he rest in peace."

Throughout Sir David’s 38 years as a Member of Parliament, he has consistently championed for an improvement to animal rights and animal welfare. Just last month, in September, he wrote an article for PoliticsHome, about the need to stop animal testing.

Secretary of State for Northern Ireland, Brandon Lewis, said he knew Sir David from his days as a councillor in Essex.

He tweeted: "One of life's truly nice people, a gentleman, who was always ready to give his help to anyone who needed it."

I knew David both from my days as a councillor in Essex and as a fellow MP. One of life’s truly nice people, a gentleman, who was always ready to give his help to anyone who needed it. So shocked and saddened by this awful news. My thoughts are with his family and loved ones.

"Let us remember him and what he did with his life."

Devastated to learn of Sir David Amess' murder. A great man, a great friend, and a great MP killed while fulfilling his democratic role.

My heart goes out to Julia, his family, and all who loved him.

Let us remember him and what he did with his life.

Appalling news about David Amess. Even when he disagreed with you, he was always friendly, always cheerful, always kind and generous.

Labour Leader Sir Keir Starmer tweeted he was "Thinking of David, his family and his staff".

Horrific and deeply shocking news. Thinking of David, his family and his staff.

Sir David was first elected to Parliament in 1983. He has served as the Member of Parliament for Southend West, his current constituency, since 1997.

A long-term eurosceptic, Sir David was a vocal supporter of Brexit and the Leave means Leave campaign.

He was also the Chair of the All-Party Parliamentary Group (APPG) on Endometriosis. The campaign was launched in 2018 to raise awareness of endometriosis in Parliament.

The group brought together MPs from all political parties to debate the key issues affecting people with endometriosis, and investigate how patients can receive the support they need.

Sir David, raised as a Roman Catholic, was known politically as a social conservative. He was a prominent anti-abortion campaigner.

In June 2005, he supported the Prohibition of Abortion Bill that sought to almost entirely ban abortion.

Former star of television series Made in Chelsea, Georgia Toffolo, said she "was so very fond of Sir David Amess. One of the kindest souls I’ve ever met in politics".

"Also sad we won’t get to see his smiling face again in the commons. A total tragedy - another MP murdered."

This is the third time an MP has been stabbed in little over a decade.

Labour MP for East Ham, Stephen Timms, was stabbed in 2010 also at a constituency meeting. Roshonara Choudhry stabbed the MP twice during an appointment she had scheduled at his office. The violent attack was in revenge for his vote for the Iraq war.

On Friday afternoon Stephen Timms said he was appalled to hear of the attack, tweeting, "I know him well and am thinking of him with very best wishes as we await further news."

Jo Cox was murdered in 2015 in West Yorkshire where she had been due to hold a constituency meeting.

In his 2020 memoir "Ayes and Ears,"  Sir David Amess, addressed the senseless killing of Jo Cox.

The Conservative MP also noted the warnings given by the police to MPs about the dangers of constituency surgeries.

David wrote an attack "could happen to any of us"

Most Fridays, Members of Parliament hold surgeries around the country to meet constituents.

These meetings normally take place in their office, churches, or community halls. It gives members of the public a chance to meet with their MP face-to-face

The MP will often have just one member of staff alongside them.

Friday's incident raises further questions about the safety of our elected members of Parliament.

Times Columnist Janice Turner said: "Our MPs are extraordinarily open in their dealings with the public

"Every time I've been to a constituency surgery, I've thought how exposed the MP seems.

"An everyday bravery, regardless of party, we only acknowledge when tragedy occurs."

Our MPs are extraordinarily open in their dealings with public. Every time I’ve been to a constituency surgery, I’ve thought how exposed the MP seems. An everyday bravery, regardless of party, we only acknowledge when tragedy occurs.

Political Commentator Kevin Maguire tweeted: "Injury to one really is an injury to all in a democracy."

Sir David leaves his wife, one son and four daughters. Julia worked as a part-time case worker for her husband.

Flags are flying half-mast in Westminster in tribute, and a vigil will be held at 6pm this evening (Friday), led by David's former priest.