French Bulldogs and Pugs could soon be banned in the UK as part of a nationwide crackdown on "dangerous" breeding that often leads to health issues. 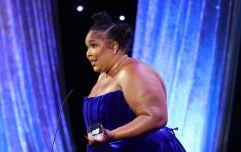 END_OF_DOCUMENT_TOKEN_TO_BE_REPLACED

The Blue Cross, an animal welfare charity founded in 1897, has slammed dog breeders for the "vicious cycle of over-breeding" which they claim has prompted a health crisis for flat-faced pooches.

The charity is now looking to put an "end to the trend of the horrendously bad breeding of brachycephalic (or flat-faced) pets." 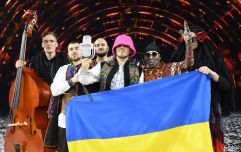 END_OF_DOCUMENT_TOKEN_TO_BE_REPLACED

"We have already started contacting MPs," Becky Thwaites, head of public affairs at Blue Cross, told The Sun. "Ultimately Blue Cross is determined to see the end of the poor breeding of flat-faced dogs and are considering all options both legislative and non-legislative to achieve this."

While 20 per cent of British dogs are now flat-faced breeds, Blue Cross has argued that the uptake in interest has only made safe dog-breeding practices decline. As a result, they have treated over 5,000 brachycephalic pets over the past two years.

Such dog breeds have increased in popularity/Via Unsplash 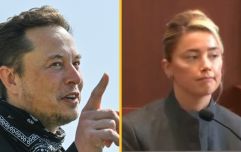 END_OF_DOCUMENT_TOKEN_TO_BE_REPLACED

Currently, there are only four dogs banned on UK soil. The Pit Bull Terrier, Japanese Tosa, Dogo Argentino and Fila Brasileiro - but the government emphasises that "whether your dog is a banned type depends on what it looks like, rather than its breed or name."

The Royal Society for the Prevention of Cruelty to Animals (RSPCA) has called for a legislative change, stating that they "should not be judged on how they look."

Some dog owners aren't happy though, with Dan Smith - owner of Insta-pet PangPang The Pug - telling The Sun Online: "I understand where people's concerns come from but they can get a little blinded by the facts.

"All dogs have health problems and if we carried on this way, there would be no dogs left - it seems other dogs have a pass."

"If there is scientific evidence then decisions must be in the best interest of the breeds."

popular
Chris Pratt doesn't want you to call him Chris Pratt because it isn't his name even though it is
Man sends pic of him receiving oral sex to all passengers on plane - gets arrested
R Kelly due to be sentenced today, with prosecutors calling for 25 years
Barcelona considering legal action against Roma after late friendly drop-out
Dramatic video shows the moment dad attacks 3-year-old son's suspected murderer in court
Jasmine Burkitt death: BBC reality TV star dies aged 28
Black box prepped for doomsday as creators warn we 'are now being recorded'
You may also like
Life
Woman conned out of £500,000 by scammer posing as Gerard Butler on Facebook
Life
Mums ‘scraping poo from disposable nappies’ as they can't afford new ones, charity claims
Entertainment
John Lennon's son performs 'Imagine' for first time at Ukraine benefit
Entertainment
Sir Rod Stewart helps rescue 16 Ukrainian refugees
Entertainment
Mila Kunis and Ashton Kutcher have raised more than $20 million for Ukraine in a week
Next Page