Facebook's global outage on Monday, it seems, was a reminder to many overusers of social media to get a grip. 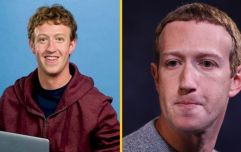 END_OF_DOCUMENT_TOKEN_TO_BE_REPLACED

Billions of Facebook users worldwide were unable to get online on Monday evening.

Cloudflare explained the outage simply as if  "someone had pulled the cables from their data centres all at once and disconnected them from the internet".

Facebook's explanation was a little more complicated: "Configuration changes on the backbone routers that co-ordinate network traffic between our data centres caused issues that interrupted this communication". This had a "cascading effect... bringing our services to a halt".

Downdetector, which tracks outages, said some 10.6 million problems were reported around the world - the largest number ever recorded, the BBC reported.

popular
Man United cancel end of season awards after player requests
Johnny Depp's lawyer Camille Vasquez responds to romance rumours
Marvel fans accuse studio of ‘exploiting a dead man’ after return of iconic cameo
Wagatha Christie: Rebekah Vardy storms out of court just 30 minutes into final day
'Wow, hats off to her! Sick remark from Bobbi Anne McLeod's killer after she survived 12 hammer blows
Johnny Depp's attorney Camille Vasquez revealed to be dating Brit
Phillip Schofield struggles to stay composed as guest reveals alien lover after getting sick of 'Earthmen'
You may also like
Life
Sky customer reveals how changing your contract could save you up to £600
Life
As Ukrainians run for their lives - Russian influencers sob after country bans Instagram
News
Facebook to allow content calling for violence against Russians and Putin's death
Life
Crochet babies are a thing, and they are here to give you nightmares
Uncategorized
iPhone lost for 10 years pulled from toilet after woman hears strange noise
Next Page