Boris Johnson has confirmed that just 127 lorry drivers have applied for the government's short-term visa scheme designed to tackle the shortage of drivers that the UK is currently experiencing.

END_OF_DOCUMENT_TOKEN_TO_BE_REPLACED

Last month, the government unveiled plans to recruit 5,000 European HGV drivers in order to ease the pressure on supply chains and deliveries in the run-up to Christmas.

The shortage in lorry drivers was one of the primary reasons for the recent petrol crisis in the UK.

But speaking on BBC Breakfast on Tuesday morning (October 5), the Prime Minister revealed that just 127 drivers had applied to the scheme. There had been reports that the number was actually 27 - but Johnson was quick to confirm that it was one hundred more than that.

Presenter Dan Walker pointed out that the government had initially made 300 short-term visas available and wanted 4,700 drivers "by later on this month." 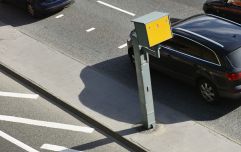 END_OF_DOCUMENT_TOKEN_TO_BE_REPLACED

But the PM claimed the struggle was down to the global shortage of HGV drivers.

He continued: "It's a fascinating illustration of the problem of the shortage. What we said to the Road Haulage Association is 'fine, give us the names of the drivers you want to bring in, and we'll sort out the visas.'

"They only produced 127 names, so far, and what that shows is the global shortage."

The Prime Minister tells #BBCBreakfast that only 127 foreign lorry drivers have applied for short term visas so far. https://t.co/Z89MCXIUTc pic.twitter.com/9UP9eZShge 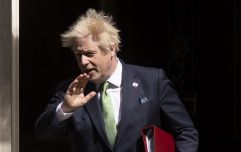 END_OF_DOCUMENT_TOKEN_TO_BE_REPLACED

Even if the government meets its 5,000 driver target, industry bosses are warning that this will not be enough to avoid problems this winter, as there is an estimated 100,000 shortfall of lorry drivers in the country.

Whilst the fuel crisis is easing across the country, there are concerns that there are going to be similar supply chain issues in the run up to Christmas if the driver shortage is not resolved.