They have also been told to be careful with their emojis.

END_OF_DOCUMENT_TOKEN_TO_BE_REPLACED

The guidelines apply to everyone who works for the BBC, but there are additional rules for those working in news and current affairs or factual journalism production, which cover their "expressions of opinion on social media".

BBC workers in those positions are told that nothing that appears on their personal social accounts should "undermine the perception of the BBC’s integrity or impartiality."

In particular, they are told to "avoid ‘virtue signalling’ – retweets likes or joining online campaigns to indicate a personal view, no matter how apparently worthy the cause."

It also says not to make posts quickly without thinking about the language being used.

Journalists have been told to watch their emoji usage on social media, as apparently they can "accidentally or deliberately undercut an otherwise impartial post." So no more use of the eyes, or the vomiting face.

The four key social media rules laid out for all BBC employees, contractors and freelancers in the guidelines areare: 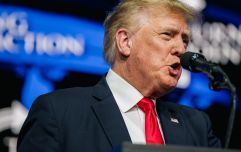 END_OF_DOCUMENT_TOKEN_TO_BE_REPLACED

The new guidlines follow the appointment of new Director-General Tim Davie in September.

In his inaugural speech in Cardiff on September 3rd, Davie outlined impartiality as one of his four key priorities.

"We’ll take action in coming weeks, but to be clear, there will be new guidance on how we best deliver our impartiality guideline," he said in his speech.

"New social media rules, which will be rigorously enforced; and clearer direction on the declaration of external interests. There will be new training across the organisation, to explore the tough, but interesting dilemmas that the modern world presents."

popular
Jeremy Clarkson 'worried' about Kaleb Cooper's future
Mum takes over school board meeting with bizarre anal sex rant
Gabby Petito cops remove Brian Laundrie's parents' from home - declare it a 'crime scene'
Emmy Awards hit with criticism after all major acting awards go to white actors
TikToker 'picked up Gabby Petito's fiance alone' days after she went missing
Mum paralysed by stroke after M25 protest delayed trip to hospital by six hours
A definitive ranking of every swear word from worst to best
You may also like
Entertainment
Peppa Pig trolls Kanye after album gets better review than Donda
Social Media
Having 30,000 followers makes you a celebrity, UK advertising watchdog says
News
Man admits he may have sent racist Rashford tweet while drunk but 'can't remember'
News
Facebook and Twitter provide police with details of racists who abused England footballers
Entertainment
Ricky Gervais clarifies comment that The Office would be 'cancelled' were it made today
Next Page