Neighbour cuts tree in half in classic display of British pettiness

A couple have come up with a straightforward and drastic way to solve a dispute with their neighbour over a tree which was partly covering their drive, by simply chopping the intruding half of the tree off.

END_OF_DOCUMENT_TOKEN_TO_BE_REPLACED

Graham and Irene Lee, both in their 70s, decided to slice the fir tree in half and remove all the branches from their side, according to their neighbour. It is apparently the culmination of a "petty" row between the neighbours in Waterthorpe, Sheffield.

Bharat Mistry, 56, said the couple hired tree surgeons after complaining that birds in the tree were making too much noise and making a mess of their drive.

Mr Mistry said: "It has been there for 25 years and we’d trimmed into a ball shape with agreement with the neighbour and he has been fine about it.

"But recently there have been birds in the tree which you would expect at this time of the year.

"He started off by putting black bin liners in the tree to stop the birds sitting there.

"Last weekend he said he was going to get a tree surgeon to cut it down and we asked him not to but they came on Friday and did it."

He said that his family were "gutted" as they watched the tree surgeons lop branches off the tree.

END_OF_DOCUMENT_TOKEN_TO_BE_REPLACED

He added: "We were absolutely distraught. We pleaded and pleaded with them not to do it, but their mind was made up. That tree was coming down.

"I believe he has the right to cut down anything that is overhanging onto his property.

"But you have to ask, why after 25 years would you do that? It must have been no more than 3ft onto his land.

"We had asked if we could get it trimmed back and put a net in it so it would stop birds getting in, but there was no compromise with them."

The Lees decided that enough was enough - and simply chopped have the tree off.

When did the dispute start? 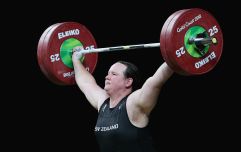 END_OF_DOCUMENT_TOKEN_TO_BE_REPLACED

Mr Mistry and his family had apparently got on "perfectly fine" with the Lees before the tree beef, which started at the beginning of lockdown in March 2020. Mr Mistry described the situation as "really sad," with the neighbours now no longer speaking.

The dispute started in March last year, with the neighbours unhappy with the intruding branches.

"We have never had any issues with them before this, we got on fine. Our children would play with their grandchildren when they were younger, we’ve always got on," he said.

"He used to bring the bins in for us, it’s such a shame it has come to this. It is really sad to look at, because the tree has been there for so long and it’s a really pretty tree."

The tree is certainly recognisable now, and has apparently become a minor tourist attraction with people making detours just to see it.

A woman who lives on the same street, and did not want to be named, said: "It's a lovely tree and just adds to the feature of the house and the street.

"It's such a shame to see it go, surely there could have been another solution if there was an issue with birds.

"If they had tied it up with a net and kept it looking neat, that would have been better."

popular
Sprinter overcomes gruesome gymnastics injury to win Olympic medals
A definitive ranking of every swear word from worst to best
Olympic swimmers barely keep it together after Clare Balding compliments 'third leg'
You won't get top marks in this spot the ball quiz
Iranian defector wins judo silver and dedicates Olympic medal to Israel
What are the dark circles on swimmers' backs at Tokyo Olympics?
IOC praises trans weightlifter Laurel Hubbard before athlete’s Olympic debut
You may also like
News
Tory MP demands a portrait of the Queen 'in every home'
Life
Teaching Sunderland slang to a Londoner
Food
Welcome to the world's first bus stop kebab shop
Entertainment
Britain's maddest night out, this is Bongo's Bingo | Out Out
Entertainment
Embark on a tour of London's weirdest houses
Next Page