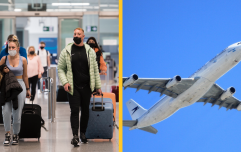 END_OF_DOCUMENT_TOKEN_TO_BE_REPLACED

However, German prosecutor Hans Christian Wolters has said that police now believe Madeleine, who would have recently turned 18, died in Portugal.

This comes just days after Wolters claimed that investigators of the case had received new 'circumstantial' evidence against the prime suspect.

Speaking to the Sun, Wolters said: "We are still building the case and at some time in the future we shall share the details with the suspect and his lawyer — but now is not the time.

"We have always insisted that the man we identified as the main suspect is the man we believe committed the crime and we are not looking for anyone else. I am optimistic that we will solve this case," he concluded.

The prosecutor says that police have "concrete evidence" that will prove that Christian Brueckner killed the child, however he has refused to give more details at this stage.

When asked where he thinks Madeline was murdered, Wolters said: "In Portugal. I am optimistic we will solve this case."

Madeleine's parents, Kate and Gerry McCan, have said that they "hang on to hope, however small" that they will see their daughter again.

popular
Olympic swimmers barely keep it together after Clare Balding compliments 'third leg'
What are the dark circles on swimmers' backs at Tokyo Olympics?
A definitive ranking of every swear word from worst to best
Iranian defector wins judo silver and dedicates Olympic medal to Israel
This is what Olympic athlete Thomas Barr eats on a regular training day
Here's how to see who's been taking screenshots of your Instagram Stories
IOC praises trans weightlifter Laurel Hubbard before athlete’s Olympic debut
You may also like
Sport
Angry Cristiano Ronaldo kicks armband away in disgust after Euro 2020 exit
Sport
Roy Keane tears into Joao Felix the "imposter" as Portugal bow out
Sport
Didi Hamann says Ronaldo looks "a fool" after needless showboating against Germany
Sport
Cristiano Ronaldo's lung-busting run to score Portugal opener was inhuman
Sport
Cristiano Ronaldo fumes after Diogo Jota refuses to play square ball
Next Page