There are calls for LeBron James to be dropped by his sponsors after a controversial tweet that the NBA star wrote in response to the shooting of Ma'Khia Bryant. 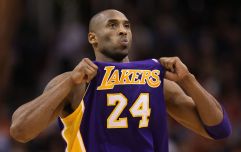 END_OF_DOCUMENT_TOKEN_TO_BE_REPLACED

The tweet, that has now been deleted, featured a picture of Columbus police officer Nicholas Reardon, the officer who shot the teenager four times for holding a knife during a physical altercation. James captioned the picture with the words: "YOU'RE NEXT #ACCOUNTABILITY ⏳"

After deleting the tweet, the four-time NBA champion said that it was being used to "create more hate". In a later tweet he implied that he was going to gather all the facts before passing judgement on the case or officer involved, and was apologetic.

ANGER does any of us any good and that includes myself! Gathering all the facts and educating does though! My anger still is here for what happened that lil girl. My sympathy for her family and may justice prevail! 🙏🏾✊🏾🤎👑

I’m so damn tired of seeing Black people killed by police. I took the tweet down because its being used to create more hate -This isn’t about one officer.  it’s about the entire system and they always use our words to create more racism. I am so desperate for more ACCOUNTABILITY

Since the controversy, a number of conservative figures and commentators have called on James' sponsors to drop him, and urged people to boycott his upcoming film, Space Jam 2. 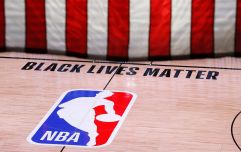 END_OF_DOCUMENT_TOKEN_TO_BE_REPLACED

Looking at those criticising him though, we'd be surprised if the basketball legend was worried about his sponsorship deals. You may not be surprised to hear that it's the usual array of pro-Trump, White-Lives-Matter folk who are quite far down the D-list of celebrities.

Trump-supporting author Candace Owens, who has also appeared on the fake news cesspit that is InfoWars, wrote: "If America was a country that believed in justice, Lebron [sic] James would be stripped of all of his sponsorships."

If America was a country that believed in justice, Lebron James would be stripped of all of his sponsorships. https://t.co/LNyygUnFvu END_OF_DOCUMENT_TOKEN_TO_BE_REPLACED

A bar in Ohio has also said that it will not be showing anymore NBA games until James is thrown out of the league.

For some context, this would probably be the equivalent of a bar in Barcelona saying they won't be showing anymore La Liga games until Messi is booted out of the league. Yep.

Basically, if you're boycotting the NBA until James faces some comeuppance for his tweet, you're probably going to be waiting until he retires.

And if you're not going to watch Space Jam 2 in protest against the basketball legend, then you will definitely be the one missing out there if the first film is anything to go by. Absolute classic.

Just waiting for Bugs Bunny to break his silence on this now....