Labour leader Keir Starmer repeatedly refused to say whether he had taken drugs during an interview with the broadcaster Piers Morgan.

END_OF_DOCUMENT_TOKEN_TO_BE_REPLACED

During an upcoming episode of Piers Morgan's Life Stories programme, the host pressed Starmer on claims that he was a "party animal" at university.

Morgan asked the Labour leader: "Have you ever dabbled in anything stronger than alcohol?"

"You did not spend all your time at Leeds University in the library, did you? So, a cheeky spliff here and there?"

In comments reported by The Sun, the ex-director of public prosecutions responded, saying: "We worked hard and played hard."

When pushed for more detail by the show's host, Starmer said: "Drugs weren’t my thing."

However, in classic Piers' style, Morgan was not satisfied with his answer and urged Starmer to give a "yes or no" response.

Morgan said: "Given your clear reluctance to give me a straight, simple answer, am I right in assuming from your response that you have tried drugs but that you didn’t actually like them and didn’t want to take any more? 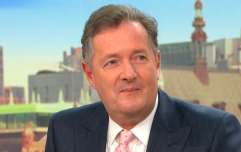 END_OF_DOCUMENT_TOKEN_TO_BE_REPLACED

"I’m not saying it was your thing," he continued, "but you did try it."

"I mean, you’re reluctant to just say yes. You haven’t said no."

This comes after the Labour leader said in an interview with Sky News that he was against relaxing current UK drug laws, claiming that they were "roughly right."

However, he was criticised by the Law Enforcement Action Partnership LEAP UK, who told JOE exclusively that they were "deeply concerned" with Starmer's stance on drug policy.