The Labour leader's comments have been condemned

A group of police chiefs have slammed Sir Keir Starmer's comments on cannabis - plus his overall stance on drug criminalisation.

In an interview with Sky News, the Labour Party leader said he was against relaxing drug laws.

VIDEO. This is the state of our so-called political leaders on #drugspolicy. We expect govt to advocate for the status quo but when @Keir_Starmer, with a background in criminal justice, cannot manage a single new idea, it demonstrates a complete absence of leadership. #cannabis pic.twitter.com/lJWYcxbRU2

Starmer was asked whether he thought there was a case for decriminalising cannabis possession. 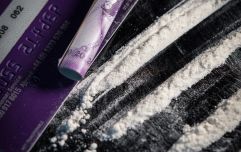 END_OF_DOCUMENT_TOKEN_TO_BE_REPLACED

He said he had "never subscribed to that view", adding "when I was Director of Public Prosecutions, I prosecuted many, many cases  - or my team did - involving drugs and drug gangs and the criminality that sits behind".

Starmer, who was appointed Queen's Counsel (QC) in 2002, said drugs "cause huge issues for vulnerable people across the country".

He went on to claim "I've seen too much of the damage that sits behind drugs for me to go down that route". 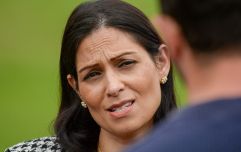 Evidence of cocaine discovered near offices of Johnson and Patel

END_OF_DOCUMENT_TOKEN_TO_BE_REPLACED

However, these comments have been condemned by the Law Enforcement Action Partnership (LEAP UK).

LEAP UK is a group of senior police officers and law enforcement figures who believe the UK's drug laws need a complete rethink.

The organisation includes police chiefs, ex-undercover detectives, former MI5 officers and military personnel - all of whom subscribe to the view that the current system is "destined to fail".

In an exclusive statement provided to JOE, LEAP said it is "deeply concerned" with Starmer's stance on drug policy.

"We are deeply concerned and regret to hear Mr Starmer's comments, with his belief that our drug policy is 'roughly right'," began the statement.

"We currently have the worst number of drug deaths on record, we have more people in prison than ever before, and we now have new tactics for organised crime groups such as county lines."

Former undercover police officer Neil Woods previously told JOE his work contributed to a rise in gang violence, instead of tackling it.

LEAP say the perceived success of major drug busts only "displaces and exacerbates the problem", adding "crime groups have diversified their supply chains, having tremendous success in doing so, reaping more profits than ever before, and exploiting vulnerability more than ever".

The organisation also believes the violent crime Starmer mentions is a result of drug criminalisation.

"Mr Starmer highlights the dovetailing issues such as knife crime and the inherent criminality that goes with drugs, but this is wholly down to the fact we have not changed this legislation in 50 years despite overwhelming evidence for sensible reforms.

"Prohibitions, as historically shown in the past, serve only to inflate prices and goods become much fought over commodities.

"Organised crime groups flourish and become ever more violent in the pursuit of dominance to control the market."

Police chiefs within LEAP believe "responsible regulation" would take "the profits and control away from organised crime".