A wildlife TV star died while hanging 100ft below a helicopter trying to collect crocodile eggs, an investigation has found. 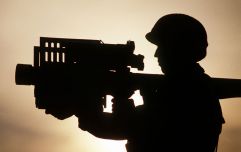 END_OF_DOCUMENT_TOKEN_TO_BE_REPLACED

Chris 'Willow' Wilson, star of the Outback Wrangler TV show, was killed when the chopper he was hanging from crashed into trees in West Arnhem Land in the Northern Territory of Australia, a preliminary report from the Air Transport Safety Bureau (ATSB) has found.

Wilson leaves behind his wife Danielle and two young children Ted and Austin.

The 34-year-old was found with fatal injuries about 40m from the site of the helicopter wreckage on February 28.

Pilot Sebastian Robinson, 28, was seriously wounded in the crash but survived. 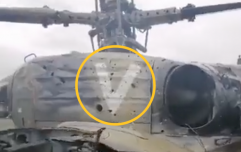 END_OF_DOCUMENT_TOKEN_TO_BE_REPLACED

Attached to the chopper with a line and harness, Wilson was able to lower down and collect the eggs from hard-to-reach swamp areas, reports news.com.au.

After returning to the area, the wreckage of the downed helicopter was found at a paperbark swamp approximately 300m from the staging area.

"The sling person was found approximately 40 metres from the main wreckage, and was fatally injured. The pilot was seriously injured, and was airlifted to hospital," the report reads.

END_OF_DOCUMENT_TOKEN_TO_BE_REPLACED

“Preliminary analysis of the site by ATSB investigators indicated the accident sequence had occurred while the helicopter was travelling in a north-west direction, shortly after it left the staging area,” said Macleod who added that “Initial assessment indicated the engine had stopped prior to the helicopter colliding with the ground".