The memorial was put up shortly after Captain Tom passed away

A memorial of Captain Sir Tom Moore has been defaced with graffiti after the letters 'IRA' were sprayed across the statue in Hatton, Derbyshire. 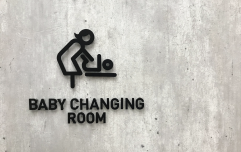 END_OF_DOCUMENT_TOKEN_TO_BE_REPLACED

The white paint graffiti was noticed on Wednesday morning earlier this week.

Anthony Ball, chairman of the Dove Valley Community Project which manages the park containing the statue, told Derbyshire Live: "What I don't understand is that you've got a small memorial remembering those who lost their lives.

"Why did they spray Captain Tom? What has he got to do with the IRA? 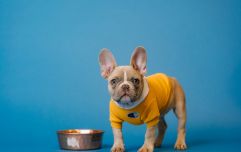 END_OF_DOCUMENT_TOKEN_TO_BE_REPLACED

"I could almost understand if someone sprayed a war memorial or a soldier, but not Captain Tom walking down the street.

"I had to get a bin bag and put it over Captain Tom, I couldn't leave him like that."

Here's what the statue looked like earlier this year when it was erected.

This fantastic tribute to Captain Sir Tom Moore has been installed by AGC Fabrications at Thistly Meadow, just across the River Dove from Tutbury ❤️ pic.twitter.com/8S8YLtSc7G 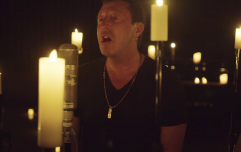 END_OF_DOCUMENT_TOKEN_TO_BE_REPLACED

The statue was cleaned hours after it was found to be defaced. Derbyshire Live reported the firm which installed the statue removed the white paint for free.

The memorial captures Captain Tom completing one of the famous laps of his garden which saw him raise millions of pounds for the NHS last year.

Captain Tom, who served in the British Army in the Second World War, became famous in the early days of the pandemic when he began walking laps of his garden to raise money for the NHS.

He incredibly ended up raising over £30 million by walking 100 laps of his Bedfordshire garden.

His actions inspired thousands of others to raise money for charity and support communities during the pandemic, while attracting criticism from many - not for his charitable work - but for the fact that the NHS was not being properly funded either during or prior to the pandemic.

"Captain Tom is a hero, but the NHS shouldn't have to rely on charity," one reader wrote into The Guardian.

Captain Tom was 100 when he passed away after contracting Covid and developing pneumonia.

popular
Patrick Vieira appears to kick fan after Everton defeat
'I did three grams of coke during a game': Inside football's problem with Class A drugs
Johnny Depp's lawyer Camille Vasquez responds to romance rumours
Amber Heard's acting coach explains exactly why she believes her tears are real
Man United cancel end of season awards after player requests
'Wow, hats off to her! Sick remark from Bobbi Anne McLeod's killer after she survived 12 hammer blows
Amber Heard told Johnny Depp to 'suck my d*ck' in secretly recorded audio
You may also like
Entertainment
Sir Rod Stewart helps rescue 16 Ukrainian refugees
Entertainment
Mila Kunis and Ashton Kutcher have raised more than $20 million for Ukraine in a week
News
What Brits can do for Ukraine - a resource list
News
Captain Tom charity 'tried to appoint daughter as CEO' on £150,000 a year
Entertainment
Superman writer donates to LGBT charity under names of homophobic trolls
Next Page