A mother and a second son were critically injured

A British father and son have been crushed to death after a landslide hit a family in Australia.

Kangaroo attacks the gates of the Russian embassy in Australia

END_OF_DOCUMENT_TOKEN_TO_BE_REPLACED

Emergency services were called at around 1.40pm after reports that a landslide have fallen on a group of bushwalkers on the Wentworth Pass track at Wentworth Falls, the Sydney Morning Herald reports.

The father, a 49-year-old man, and his nine-year-old son were killed.

The mother, 50, and a second son, 14, are both in hospital with critical injuries. They were both winched from the location just before 6pm and taken to Westmead Hospital and the Children's Hospital at Westmead, according to New South Wales Police.

The couple's 15-year-old daughter escaped unharmed and is being treated for shock.

The family were all British nationals who had been on holiday in Australia.

#UPDATE: The nationality and ages of the two people who were killed today during a family bushwalk has been revealed.

The group was hiking in the Blue Mountains when the earth gave way beneath them. @RuthWW #9News pic.twitter.com/nBcJHgKmiE 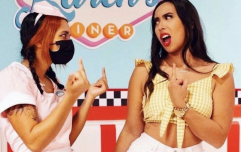 END_OF_DOCUMENT_TOKEN_TO_BE_REPLACED

“Our rescuers [are] working under quite arduous conditions,” he said. “A girl is walking out at the moment, who is obviously clearly [and] extremely distressed.”

He added: “Obviously there’s been a major weather event – I can’t comment on the condition of this walking track.”

Clarke said: “This is absolutely heartbreaking for all involved and a truly tragic ending to what I’m sure was meant to be a pleasant day out.

“It is terribly sad to have lost two lives here today and my heart goes out to the families and the survivors of this horrific ordeal who have witnessed what is certainly a traumatic event.

“This was a really complex and delicate rescue operation for our crews who were working to access patients in rugged bushland and were navigating unstable ground.”

An inquiry is underway into the circumstances surrounding the incident.

popular
Moment Jake Paul ends up in dramatic fight with YouTuber in club
Landlord faces £40k fine after tenant puts swimming pool on roof of flats
Bulgarian mystic who correctly predicted Princess Diana’s death and 9/11 sees 2022 prophecy come true
Man United have 'decided to sell' promising midfielder James Garner
Graeme Souness 'doesn't regret a word' of 'man's game' comments that sparked sexism row
Incredible case of the only known individual whose parents were two different species
Graeme Souness under fire for calling football a ‘man’s game' while sat with Karen Carney
You may also like
Life
Woman takes out full-page ad to get back at cheating husband - and uses his credit card to pay for it
Sport
"He’s shown true courage" - Wallabies captain Michael Hooper backed for brave mental health decision
Food
Backpacker fined $2,664 for taking McDonald’s from Bali to Australia, breaking biosecurity laws
Entertainment
Liam Gallagher lays into fans who kicked off with him on a plane in Australia
News
MMA fighter praised by UFC stars for way he calmly and expertly defends himself in street fight
Next Page