'Freedom Day' goes ahead on July 19th and all social distancing rules, including face masks, will end

Boris Johnson has announced that all coronavirus restrictions, including social distancing and the compulsory wearing of face masks in public spaces such as on transports and in shops, will officially end on July 19th.

END_OF_DOCUMENT_TOKEN_TO_BE_REPLACED

"Step four" of lockdown ending is scheduled to start moving on July 12th and while the Prime Minister was cautious to remind people that the pandemic is not yet over, he said that the vaccine rollout has allowed for these revisions to be made.

The PM stated that the government are committed to going ahead with July 19th in the belief that "every adult will have had a first dose of the vaccine and two thirds will have had a second".

Here are the standout changes from his "five-point plan":

END_OF_DOCUMENT_TOKEN_TO_BE_REPLACED

This marks the conclusion of nearly 18 months of 'lockdown' as we know it. Face coverings had been a specific point of contention among the general public - a recent YouGov poll surveyed Brits to see their thoughts on whether masks should stay or go.

The majority of Britons say face masks should continue to be mandatory on both public transport (71%), as well as in shops and some enclosed public spaces (66%) beyond when restrictions are liftedhttps://t.co/hlpfOq16kg pic.twitter.com/hxva59kEiC

Colloquially referred to as 'Freedom Day', the final relaxation of Covid and lockdown restrictions was ultimately delayed from the initially scheduled date of June 21st following the previous phase of easing and after a surge in cases of the highly-transmissible Delta variant. 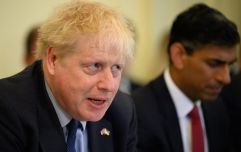 END_OF_DOCUMENT_TOKEN_TO_BE_REPLACED

In the build-up before the presser, Labour MP and Greater Manchester Mayor, Andy Burnham, argued that these changes and relaxations could be seen as a step too far. Burnham said that those who are immunocompromised may not feel comfortable giving up their face masks and suggested "why not wait until all under 18s are double-jabbed"?

Johson's press conference features the usual updates from Professor Chris Whitty and Sir Patrick Vallance, who both advised caution while reminding people of the ongoing number of cases and the likelihood that deaths will increase over the coming weeks.

Whitty also echoed the PM's statement that things are likely to get tougher come the winter and that this factored into the government's decision to end lockdown now rather than in a season why protecting people from and fighting the virus will be more difficult.

There were several questions from journalists asking whether the challenges of combatting Covid in the winter could see lockdown and quarantine restrictions return, which Johnson, Whitty and Valance said is unlikely unless a new virus or particularly dangerous variant arises.

popular
Runner finishes last in 400m race as penis keeps falling out of shorts
Teacher's sex abuse sentence delayed after she gives birth
Massive piece of Elon Musk's spacecraft lands on farmer's property and could make him very rich
Inbetweeners star Joe Thomas has been in a relationship with his co-star for over 10 years
Tourists left 'squealing' as thousands of venomous crabs invade UK beach
NASA scientist's desperate plea before being arrested
Woman almost died during sex when orgasm popped aorta
You may also like
Politics
Can you guess the real names of these UK politicians?
Sport
Calls for a Bank Holiday following Lionesses EUROS win
Politics
Stanley Johnson snaps after Boris is called 'a liar' live on TV
Politics
The Home Office wants to effectively decriminalise drugs
Politics
Flashback: To when Boris Johnson told rival politician to ‘get stuffed’ over fire safety concerns
Next Page