Friends was and still is a show close to the hearts of its fans. James Michael Tyler, who fans will remember as the barista Gunther, announced on Monday that he has been battling stage four prostate cancer.

Actor James Michael Tyler (@slate_michael) played Gunther on “Friends” for 10 years, but he was unable to attend the recent cast reunion in person because he’s been battling a serious health issue. Now he’s sharing his news for the first time with @craigmelvin. pic.twitter.com/272tg4Sbvc 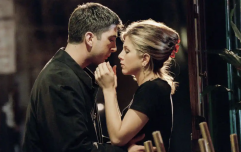 END_OF_DOCUMENT_TOKEN_TO_BE_REPLACED

He told NBC that he was diagnosed back in 2018, but the disease has since spread throughout his spine and bones. The cancer has left him paralysed below the waist.

'I was diagnosed with advanced prostate cancer, which had spread to my bones,' Tyler said.

'I've been dealing with that diagnosis for almost the past three years... It's stage 4. Late stage cancer. So eventually, you know, it's gonna probably get me.'

'I missed going in for a test, which was not a good thing.

'So the cancer decided to mutate at the time of the pandemic and so it's progressed.' 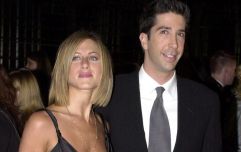 END_OF_DOCUMENT_TOKEN_TO_BE_REPLACED

He was supposed to appear in the Friends reunion show but decided to not attend. Sadly, he didn't want to put a downer on the reunion, so instead chose to appear via zoom.

'Don't give up. Keep fighting. Keep yourself as light as possible. And have goals. Set goals. My goal this past year was to see my 59th birthday. I did that, May 28th. My goal now is to help save at least one life by coming out with this news.

'That's my only reason for coming out like this and letting people know... That's my new role.'