This is a game-changer (no pun intended)

END_OF_DOCUMENT_TOKEN_TO_BE_REPLACED

Essentially, that means that PlayStation players will now be able to play against Xbox One owners for (pretty much) the first time ever.

It will start with an open beta beginning today for Fortnite (what else?), allowing “cross platform gameplay, progression and commerce” across PlayStation 4, Android, iOS, Nintendo Switch, Xbox One, Microsoft Windows, and Mac.

Previously, it was possible to play Fortnite against users other platforms with a bit of fiddling – but even that did not allow for PlayStation players to take on opponents using Xbox One or Nintendo Switch.

In a statement, Sony said it “represents a major policy change for SIE”. For a long time, it seemed they were very resistant to any kind of interaction with other consoles. 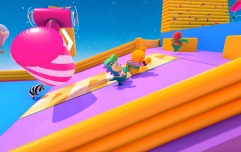 END_OF_DOCUMENT_TOKEN_TO_BE_REPLACED

“Following a comprehensive evaluation process, SIE has identified a path toward supporting cross-platform features for select third party content,” the statement continued. “We recognise that PS4 players have been eagerly awaiting an update, and we appreciate the community’s continued patience as we have navigated through this issue to find a solution.

“For 24 years, we have strived to deliver the best gaming experience to our fans by providing a uniquely PlayStation perspective. Today, the communities around some games have evolved to the point where cross-platform experiences add significant value to players. In recognition of this, we have completed a thorough analysis of the business mechanics required to ensure that the PlayStation experience for our users remains intact today, and in the future, as we look to open up the platform”.

This is the first time Sony has let this happen - though last year Fortnite publishers Epic Games accidentally allowed crossplay for a brief period, before disabling it.

At the moment, it is just the Fortnite open beta that will offer crossplay. But it might not be long before your able to take on your mates who own a different console at FIFA or Call of Duty.

popular
Groom slammed for going to own wedding to bride, 16, in jeans and t-shirt
The JOE Friday Pub Quiz: Week 295
Woman reveals cruel reason date dumped her after they had sex for the first time
Topless mum in her undies rescues pet goose from bald eagle in crazy video
Confusion as woman appears to fart during viral clip of Depp-Heard trial
Helen McCrory's children give heartbreaking tributes at her memorial service
Why Aston Villa could pocket £12m for helping Liverpool win Premier League title
You may also like
Gaming
PS4 thriller Erica brings back the 1990s live-action video game craze
Tech
As of today PlayStation users can change their horrendous old usernames
News
Teenager jailed for putting PlayStation 4 through self-service checkout till as fruit
Gaming
The Crash Team Racing remaster we have been waiting for is here
Gaming
There are some great Black Friday deals on PlayStation 4 and Xbox One
Next Page